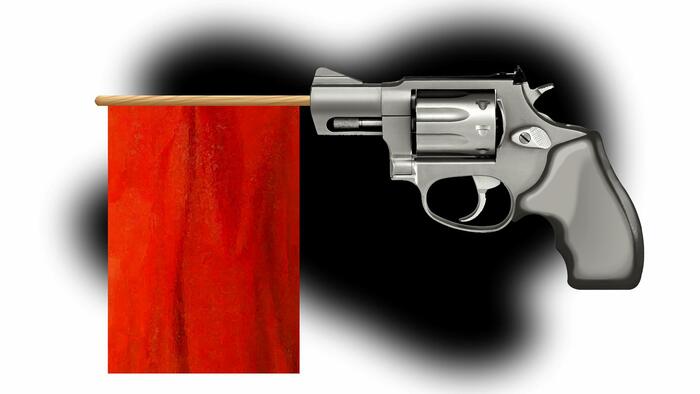 Red flag laws are the top priority of Democrats and gun control advocates.

Polls show that Americans overwhelmingly support these measures – by margins ranging between 2-1 and 3-1. Congress recently passed legislation providing funding for states that adopted these laws.

But the polling doesn’t really gauge whether Americans understand how these laws operate. The surveys generally just ask people if they support laws that “allow guns to be temporarily confiscated by a judge from people considered by a judge to be a danger to themselves or others.”

Respondents might reasonably assume that a normal legal process is being followed, whereby complaints are made and witnesses are cross-examined. With a law that almost always involves fears of suicide, they might presuppose that mental health experts are involved in the process.

To examine this premise, the Crime Prevention Research Center (CPRC), which I head, hired McLaughlin & Associates to survey 1,000 general election voters from July 21-24, 2022. The survey began by asking people whether they supported red flag laws. It then informed respondents that there are no hearings before an individual’s guns are taken away, and that there are no mental health care experts involved in the process.

People initially answered by a two-to-one margin that they support red flag laws (58% to 29%), with the strongest support coming from Democrats, the wealthy, blacks and Hispanics, and people aged 18-29.

However, after being told that there are no court proceedings before an individual’s guns are taken away, and that there are no mental health care experts involved in the process, support changed to opposition (29% to 47%). Strong support plummeted from 34% to 14% and strong opposition rose from 18% to 29%.

Finally, people were asked if they prefer “involuntary commitment” or red flag laws. They were told that involuntary commitment laws provide for evaluations by mental health care experts, that an emergency court hearing takes place before a judge’s decision, and that a lawyer is provided if the person can’t afford one. They are also told that, under such rules, judges have a range of less extreme options, such as mandatory outpatient mental health care and weapon confiscation.

Survey respondents favored involuntary commitment by a 40%-to-33% margin. Only Democrats, the wealthy, blacks, and Asians supported red flag laws as their preferred option.

The shift in position by the strongest supporters of red flag laws when told about the laws is consistent with them being the least well-informed. But that isn’t the only evidence of that problem. In April, the CPRC hired McLaughlin & Associates to survey what people thought the percentage of violent crime committed using guns was. They found that those most strongly supporting gun control dramatically overestimated the percentage of violent crime committed with guns. While the average Democrat estimates that 56.9% of violent crimes involve guns and the typical Republican gave an answer of 37%. (The actual rate is less than 8%.)

We keep being told that there is 90+% support in polls for universal background checks on the private transfer of guns. But when these measures have been on the ballot, they haven’t been slam dunks. In 2016, despite Michael Bloomberg’s overwhelming financial backing, ballot initiatives failed in Maine by 4 percentage points and won in Nevada by less than 1%.

The Nevada initiative had $20 million in funding behind it, amounting to an incredible $35 per vote. That’s three times more than what was spent in opposition. In Maine, the opposition was outspent by a factor of 20. And in both states, the media coverage was overwhelmingly sympathetic to the gun control side.

While the Nevada initiative technically eked out a win, it wasn’t able to go into effect because it had been inaccurately sold to voters as not costing taxpayers any money.

Senate Republicans passed gun control earlier this year to take guns off the political agenda for this fall, but part of the compromise entailed providing federal funding to encourage states to adopt red flag laws. Democrats continue to cite surveys seeming to show that gun control will play a role in November’s election. Perhaps that’s right. Or is this perception more properly understood as an example of their consultants and pollsters not understanding the issues?

Americans keep being told by the media that they overwhelmingly support gun control laws. So why don’t the laws get passed? Might it be that the polls are inaccurate and biased? My own survey suggests just that.