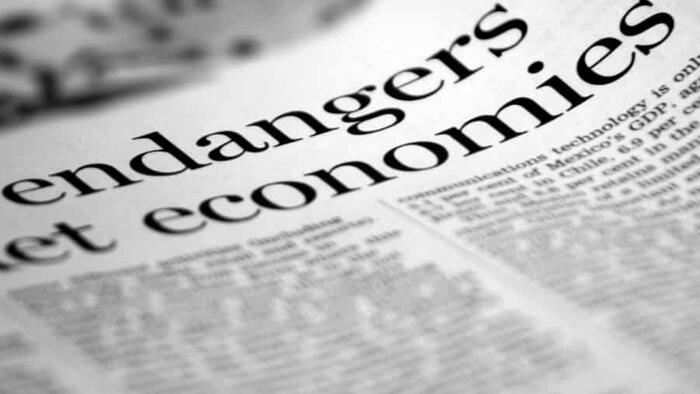 
The World Trade Organization published a new report that outlines a sharp slowdown in world trade is expected for next year under the weight of skyrocketing energy prices, soaring interest rates, and war-related disruptions, with increasing risks of a global recession.

WTO economists expect world trade to “lose momentum in the second half of 2022 and remain subdued in 2023 as multiple shocks weigh on the global economy.” These economists expect global merchandise trade volumes will increase only by 3.5% in 2022, slightly better than forecasts in April of 3%. They warned that 2023 would be a doozy, forecasting only a 1% increase in trade volumes, down from the previous estimate of 3.4%.

Forecasts for world GDP will grow by 2.8% in 2022. The economists lowered their 2023 estimate to 2.3% from earlier expectations of 3.3% and warned, “major central banks are already raising interest rates in a bid to tame inflation but overshooting on tightening could trigger recessions in some countries, which would weigh on imports.” This means central banks could exacerbate the downturn by tightening too much next year.

The WTO’s downgrades to global trade align with new IMF and OECD projections. This is a drastic change and a considerable deceleration from last year’s 9.7% growth in international trade. Consumers, fueled by stimmy checks and ultra-low rates by central banks during Covid, are dialing back on spending as the hangover phase is underway.

“We’re looking at a situation in which a global slowdown is going to squeeze households even more, squeeze businesses and we may be edging into a recession.

“It’s looking quite grim — a little more grim than we had thought,” WTO Director-General Ngozi Okonjo-Iweala said in an interview with Bloomberg Television.

The pandemic boom trade has ended as the global economy faces a multipronged crisis. We noted the reversal in the “shortage of everything” bullwhip effect has led to container lines on major shipping routes canceling sailings as US importers do not need to increase purchases of foreign goods because of rising domestic inventory as consumers are on strike due to negative real wage growth, low savings, and maxed out credit cards amid worst inflation in decades.

WTO’s latest report is a reminder that 2023 economic outlooks for the world are quickly darkening as excess tightening by central banks could spark an even more significant downturn.