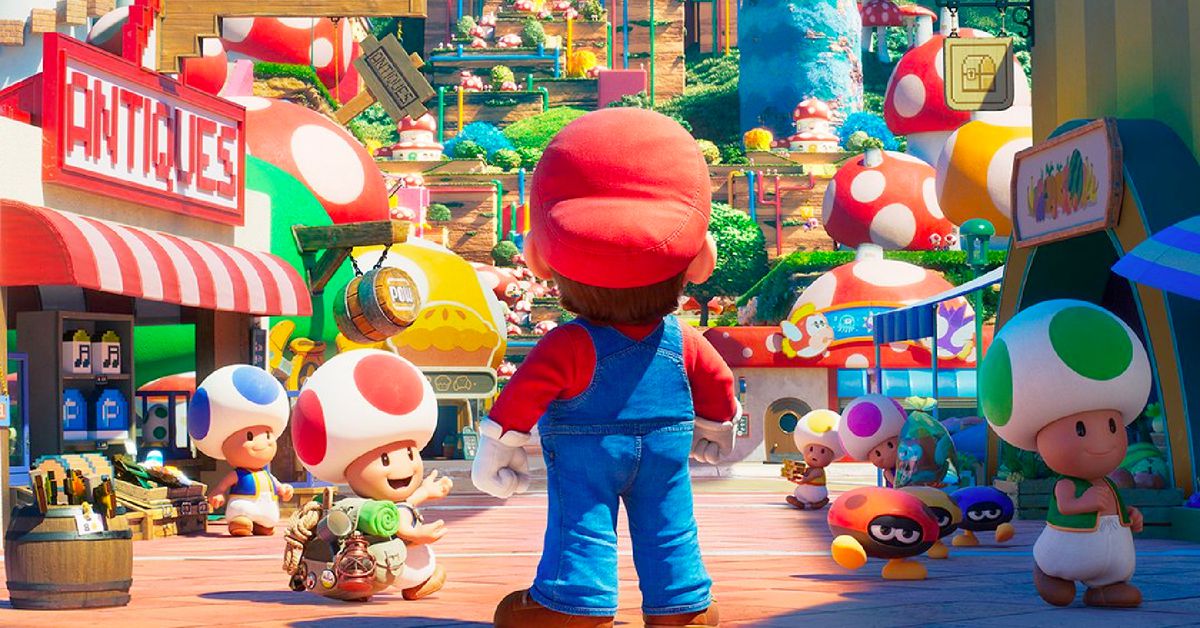 
The first trailer for The Super Mario Bros. Movie will premiere during a Nintendo Direct today. The direct will go live at 4:05 p.m. EDT/1:05 p.m. PDT and debut the trailer to the world. There will not, however, be any new game information.

Earlier this week, Nintendo and Illumination revealed the first poster for the movie. It features the Italian plumber looking up at Princess Peach’s castle, in a plaza full of Toads. Notably, Mario is packing absolutely no cake in that denim.

The Super Mario Bros. Movie is set to release in theaters on April 7, 2023. The casting was announced in September 2021, with Guardians of the Galaxy’s Chris Pratt voicing Mario. Other cast members include Anya Taylor-Joy as Princess Peach, Seth Rogen as Donkey Kong, Fred Armisen as Cranky Kong, Jack Black as Bowser, Charlie Day as Luigi, Keegan-Michael Key as Toad, Kevin Michael Richardson as Kamek, and Sebastian Maniscalco as Spike.