AUD/USD manages to hold above the yearly low (0.6363) following the kneejerk reaction to the US Personal Consumption Expenditure (PCE) Price Index, but the Reserve Bank of Australia (RBA) interest rate decision may do little to shore up the exchange rate as the central bank shows little interest in carrying out a restrictive policy.

AUD/USD appears to be stuck in a narrow range even as the Relative Strength Index (RSI) recovers from oversold territory, and it remains to be seen if another 50bp RBA rate hike will influence the near-term outlook for the exchange rate as “inflation was expected to peak later this year.”

It seems as though the RBA is planning to shift gears as the central bank plans to keep the “economy on an even keel.” and Governor Philip Lowe and Co. may adjust the forward guidance for monetary policy ahead of 2023 as “members saw the case for a slower pace of increase in interest rates.”

As a result a dovish rate hike may lead to bearish reaction in the Australian Dollar if the RBA reveals plans to winddown the hiking-cycle, and AUD/USD may face headwinds over the remainder of the year as the Federal Reserve pursues a restrictive policy.

In turn, the recent rebound in AUD/USD may end up being short-lived as Federal Open Market Committee (FOMC) appears to be on track to deliver another 75bp rate hike in November, and a decline in the exchange rate may fuel the tilt in retail sentiment like the behavior seen throughout the year. 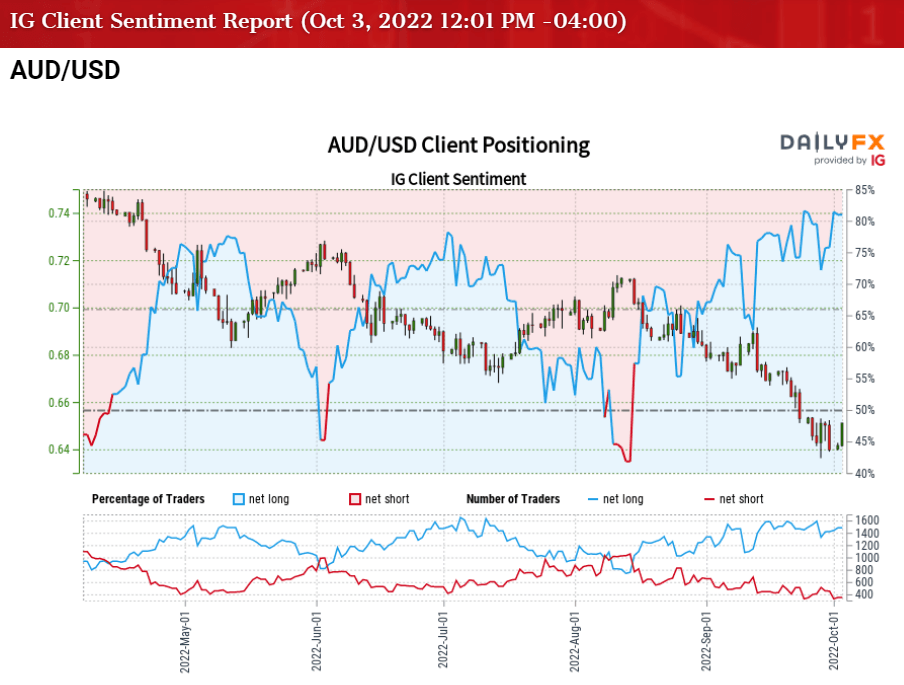 The IG Client Sentiment report shows 76.86% of traders are currently net-long AUD/USD, with the ratio of traders long to short standing at 3.32 to 1.

With that said, AUD/USD may continue to consolidate as the Relative Strength Index (RSI) moves away from oversold territory, but a dovish RBA rate hike may drag on the exchange rate as the Fed’s Summary of Economic Projections (SEP) reflect a steeper path for US interest rates. 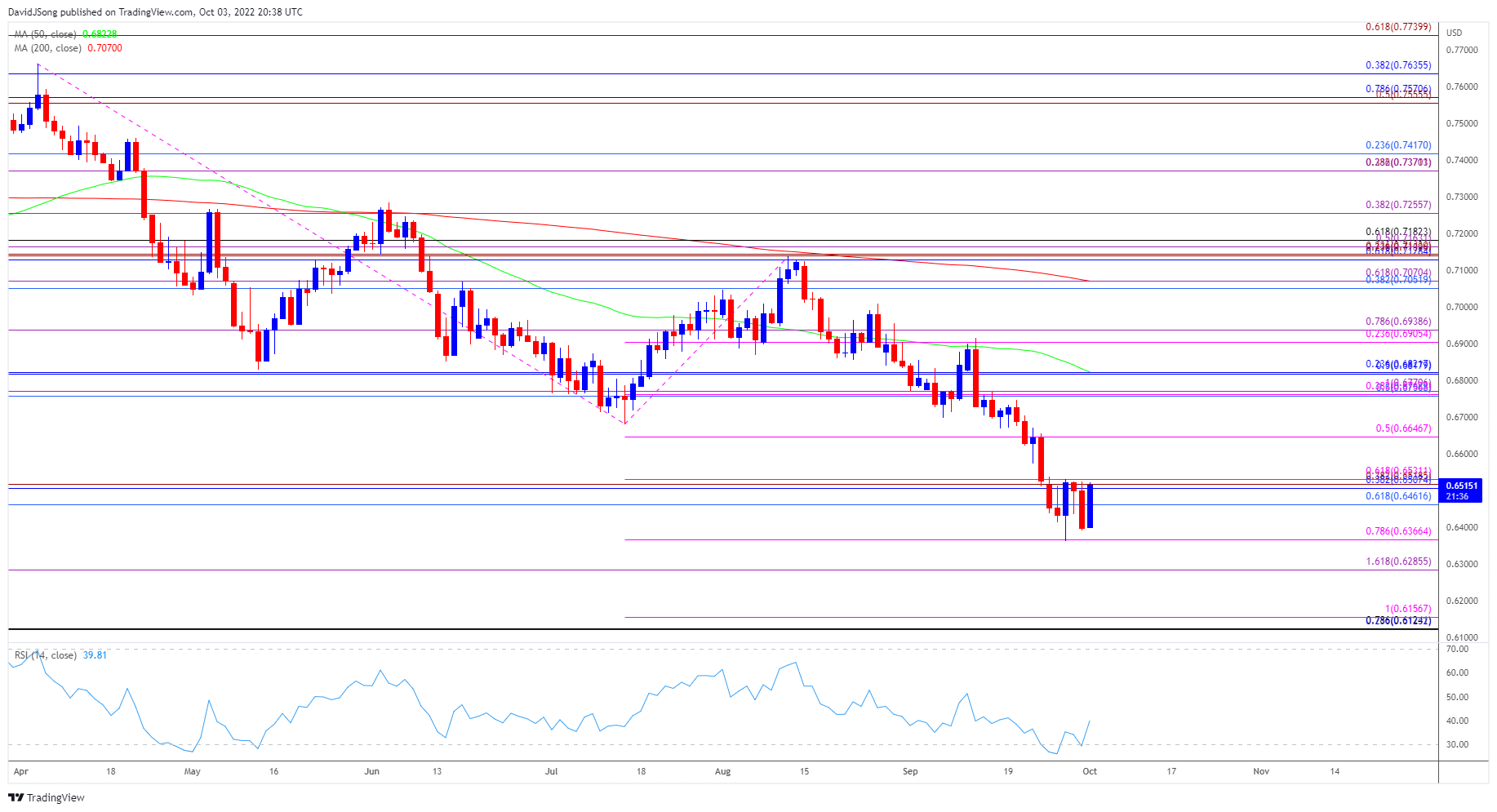