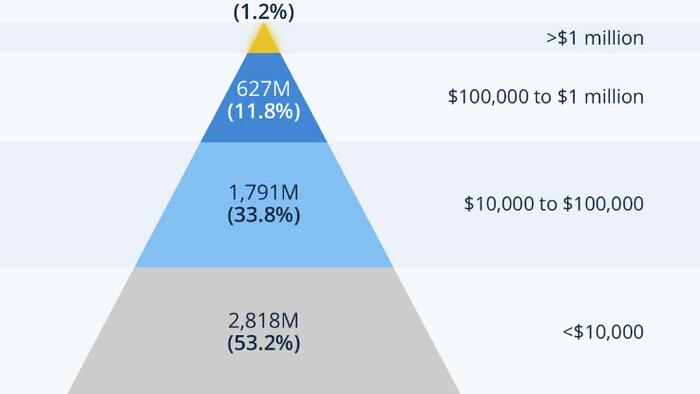 
The level of financial inequality around the world is staggering…

As Statista’s Martin Armstrong reports, according to a new Credit Suisse report, 47.8 percent of global household wealth is in the hands of just 1.2 percent of the world’s population.

Those 62.5 million individuals control a staggering $221.7 trillion, as can be seen on this infographic…

Below that, 627 million people own $176.5 trillion, 38.1 percent of global wealth, despite accounting for just 11.8 percent of the adult population.

The base of the pyramid is the most poignant, and it shows how 2.8 billion people (53.2 percent of the world’s population) share a combined wealth of $5 trillion – which is just 1.1 percent of total global wealth.