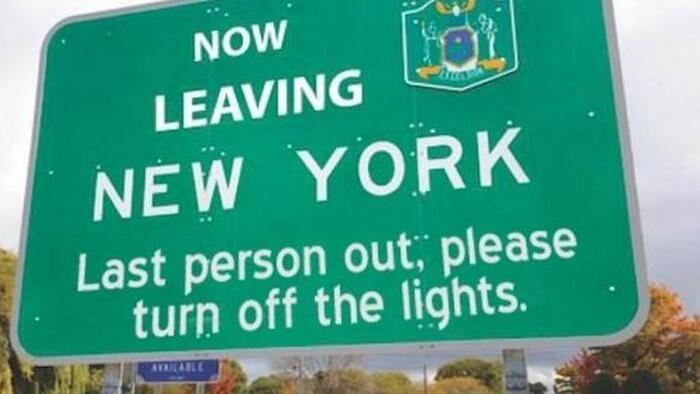 
An analysis of official data reveals that a record number of New York residents changed their driver’s licenses to Florida last month.

According to the New York Post, a total of 5,838 New Yorkers made the switch in August – the second-highest number for a single month in recorded history – and which makes for a year-to-date figure of 41,885 New Yorkers who have abandoned their northern licenses after moving south – a pace which points to a new annual record.

“First it was the billionaires. Then it was the rich following behind them. Now you have the middle class,” said Renowned fashion designer Alvin Valley, who moved his primary residence to Palm Beach during the pandemic, adding that the influx of residents has been ‘staggering.’

“A lot of families just began to feel like New York was becoming unlivable,” Valley continued. “Especially for younger couples with kids in their 30s and 40s. They don’t want to get on the subway. It’s a safety issue, it’s a schools issue.”

A retired NYPD lieutenant who moved with his family to Jacksonville last year told The Post that New Yorkers still have a buffet of reasons to bid farewell.

He argued that vaccine mandates for public-sector employees left thousands of working-class New Yorkers disillusioned with city government and eyeing the exits.

“Couple that with the rise in crime and zero competence from our elected officials and a lot of people just don’t see a future in New York City for themselves,” Macari said.

The Brooklyn native, who runs a Jacksonville livery service staffed by retired NYPD cops and hosts a podcast featuring ex-officers, said he talks to friends every day who want out. -NY Post