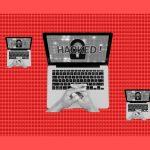 Cyber security is the practice of defending computers, servers, mobile devices, electronic systems, networks, and data from malicious attacks. The practice is used by companies to protect against phishing schemes, ransomware attacks, identity theft, data breaches, and financial losses. Nearly seven in 10 cyber-security professionals globally, including from India, lament that they are losing ground against the growing breed of hackers and nation-state bad actors.

Cyber hacking can be used for purposes such as compromising or stealing data, disrupting communication or procedures, or satisfying other harmful objectives. The cost of siloed security, weak spots in protection, and lack of confidence amongst security operations (SecOps) teams. 94% describe their current security model as siloed. Ransomware, spear-phishing, and impersonation fraud are only the latest in a cyber risk landscape that is continually becoming more sophisticated. Only 6% of Indian organizations are working with a fully integrated security model, with another 12% in the process of changing their siloed set-up.

Nearly 82% of them estimated their organization lost up to 10% of revenue from security breaches in the last 12 months. The majority of current security options rely on siloed intelligence. On average, respondents’ organizations deal with 55 cybersecurity incidents each day, while over 42% admit they cope with 50 to 200 incidents daily. 9,000 global cybersecurity professionals, including 1000 from India, also look to the future of security.

It contains an analysis of over 23,000 incidents and 5,200 confirmed breaches. 29% of cybersecurity professionals have already implemented XDR in their organization, with a further 48% very likely to do so in the next 12-18 months. There has been a 13% increase in ransomware breaches this is more than in the last 5 years combined. Consequentially, almost three-quarters are likely to allocate budget to advanced solutions, including XDR, to enable an integrated security approach.

This year 18% of clicked phishing emails are also said to come directly from a mobile phone, highlighting it as a weakness for business security. Due to the rapid pace of threat evolution, siloed security solutions implemented as little as 5-6 years ago may already be outdated and are posing greater threats to data. The cybersecurity industry has not fixed the root cause of the problem. Instead, efforts and investments in cybersecurity only focused on the remaining 1/5 of breaches.

Instead of relying on traditional solutions that add complexity, businesses can reshape security operations with a flexible, intelligent security platform designed to consolidate security tools and quickly remediate threats. Not only does this help in improving SecOps efficiency, but also reduces risk through improved detection, response, and remediation capabilities. These may address immediate threats, but the increasing number and complexity of cyberattacks are forcing security teams into a noticeably constant reactive posture.