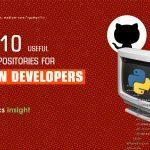 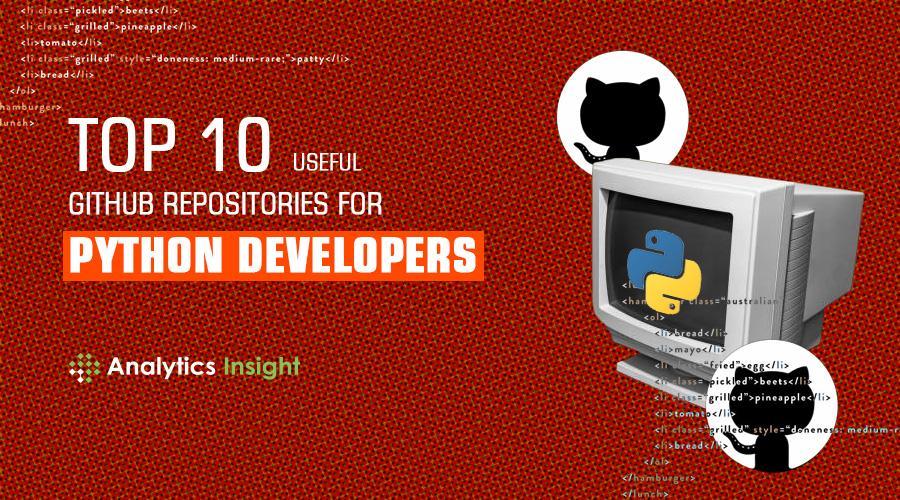 Those familiar with the domains of coding and programming will be quite well aware of the importance and influence of Python. Most developers in this domain continue to express interest in developing via Python language. Reports based on several surveys reveal that the Python language is the number-one most-wanted coding language among developers who are not currently using it. There is no denying that Python is popular, but there are several reasons that have aided the programming language to become what it is today. Firstly, Python is easier to learn, for beginners who have started to enter the domain generally start their careers by learning this language. Python is also free to use and is supported by an extremely large ecosystem of libraries and packages, which is often the first choice of language for developers. Now, to get an enhanced view of how to efficiently utilize Python, developers deploy GitHub repositories. The top GitHub repositories help users track and save the history of all changes made to the files in a Git project. It enables Python developers to monitor their progress and participation, and enhance their skills. Here, we have listed the best Python GitHub repositories that developers can use in 2022.

The Algorithm is a collection of various algorithms in mathematics, machine learning, computer science, and physics implemented in Python, Java, C++, JavaScript, Ruby, and a few other programming languages. The Algorithms website provides GitHub’s largest open-source algorithm library. Algorithms and data structures are also implemented in TypeScript for beginners, for them to follow the best practices.

TensorFlow is basically an end-to-end open-source platform for machine learning. It has a comprehensive, flexible ecosystem of tools, libraries, and community resources which will enable Python developers and researchers to push the creation of innovative machine learning solutions that can be easily deployed and build ML applications.

Scikit-learn is a free software machine learning library for the Python programming language and features various classification, regression, and clustering algorithms including support-vector machines, and random forests, and is created to become interoperable with Python numerical and scientific libraries like NumPy and Scify.

Project-based learning is basically a list of programming tutorials that demonstrates aspiring software developers to build an application from the scratch. This is one of the top GitHub repositories which includes an excellent collection of projects that will improve their problem-solving abilities and become competent in the programming language of their choice.

PaddleNLP is a library for natural language processing that provides a comprehensive set of Chinese transformer models, and its design is based on Hugging Face’s Transformer library. It possesses the Awesome pre-trained model zoo which supports a wide range of NLP tasks from research to industrial applications.

Roadmap.sh is basically a collection of detailed roadmaps that basically provides a roadmap for programmers in the form of directions that they follow to do a specific thing or learn a particular profession. Using this repository will help them become proficient in frontend, backend, DevOps, React, Angular, and other fields.

Full-Speed Python is one of the best repositories on GitHub that can help Python developers accurately learn the language. This repo is basically a book that covers the fundamental topics along with more advanced topics with a significant emphasis on practical learning.

Professional Programming is basically a classic resource collection, the repository will take quite some time to go through, but every single piece inside of it is worthy of being consumed or learned thoroughly to monitor and track their Python development and become a successful developer.

Learn-Python is basically a handy collection of Python resources for beginners and intermediate learners. This is one of the best GitHub Python repositories which possesses a convenient collection of Python scripts to cover individual domains in the programming language like operators, data types, classes, and others.

EU sets December 28th, 2024, deadline for all new phones to use USB-C for wired charging