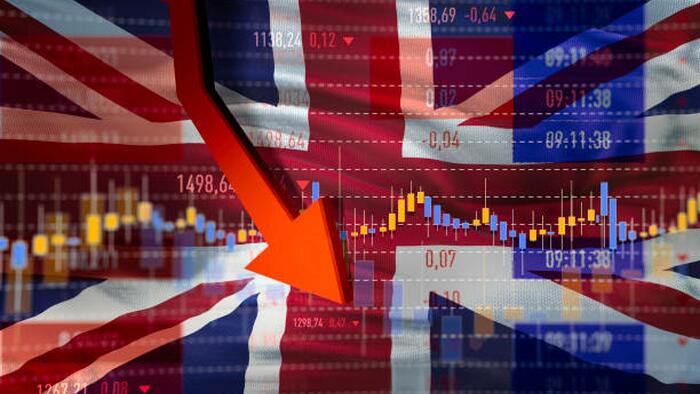 
New UK Chancellor Kwasi Kwarteng has stunned (read crashed) UK markets by making giant economic gamble with his ‘mini-budget’ to “turn the vicious cycle of stagnation into a virtuous cycle of growth” whose goal is to shock the UK economy back to life with a massive 45 billion pound tax cut – the largest since the 1970s – including slashing the 45% additional tax rate for the highest earners. Instead of stabilizing markets, as some maybe hoped in light of the relentless plunge in cable to the lowest level since 1985 – the announcement sparked mayhem instead as it promises even more inflation at a time when the UK is set to slide into a crippling stagflationary recession as prices soar, and tax cuts will only ensure even more inflation, just as Albert Edwards warned last night.

As note above, Kwarteng unveiled the most significant tax cuts since the 1970s, to be funded at a time when interest rates are soaring. He abandoned Boris Johnson’s economic policies to increase taxes to pay for public services, while the Bank of England warned earlier this week the economy ‘might already be in recession’.

Appointed by new PM Liz Truss, Kwarteng abolished the 45% additional income tax rate for those earning more than 150,000 pounds. Kwarteng also trimmed the basic rate of income tax to 19%. “This means that we will have one of the most competitive and progressive income tax systems in the world,” he said.

The head of the Institute of Fiscal Studies described Kwarteng’s fiscal plan as the “biggest tax-cutting event since 1972.” Truss hopes tax cuts and increased government borrowing will stimulate the faltering economy as growth slows, households plunged into energy poverty and inflation at the highest in forty years.

In a statement to the Commons, he said:

“Growth is not as high as it needs to be, which has made it harder to pay for public services, requiring taxes to rise.

“This cycle of stagnation has led to the tax burden being forecast to reach the highest levels since the late 1940s.

“We are determined to break that cycle. We need a new approach for a new era focused on growth.”

The only problem with Kwarteng’s plan is that increasing government borrowing when the BoE raises interest rates to control inflation doesn’t appear sound.

Markets reacted very negatively to increased government spending. Gilt yields plunged the most on record, and the pound tagged the $1.10 handle.

“This kind of move in markets is a reminder of the days of the bond vigilantes, who punished fiscal splurges in the aftermath of the financial crisis. There were some suggestions during the pandemic their time had passed, but today’s moves suggest they are alive and well. The big shift in monetary policy in recent years may be to blame, with higher rates removing a major leg of support for markets and leaving them exposed to fiscal largess,” Bloomberg’s David Goodman noted.

Mayhem in markets was broad, sending the FTSE 100 Index down more than 1.5%…

In response, a non-plussed Kwarteng merely said “the markets will do what they will.”  We wonder if he will keep his cool after we hit parity and stocks crater another 50% from here.