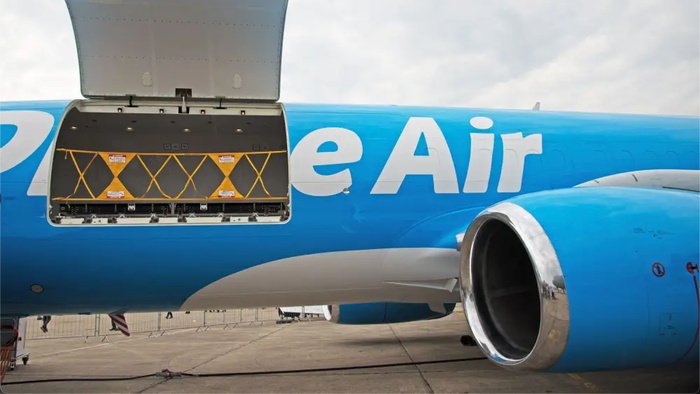 
FedEx warned of weakening shipping demand last week, while some analysts said the company’s failures to adapt contributed to its subpar performance. But maybe that’s not the entire case, and decelerating shipping demand is a sign the economy is faltering.

It hasn’t even been a week since the Fedex warning, and the latest sign of a shipping slowdown comes from Amazon Inc.’s Prime Air, a large fleet of cargo planes transporting Amazon packages, Bloomberg reported.

Researchers at DePaul University’s Chaddick Institute for Metropolitan Development found that Amazon’s air freight fleet averaged about 194 flights per week earlier this month, up 3.8% from March. Their data showed the smallest increase in flight growth compiled every six months since May 2020.

“Amazon is making significant adjustments. It apparently was overly optimistic about its need to grow its supply chain so rapidly at the height of the pandemic,” Joseph Schwieterman, the Chicago-based institute’s director, said in an interview.

A slowdown in Amazon Prime Air deliveries is a troubling sign for the economy since Amazon is the world’s largest online retailer and might reflect a consumer pullback on spending amid the worst inflation in four decades that continues to persist well into the second half of the year and likely into the 1H23.

In April, Amazon Air’s fleet was reportedly 88 planes and may surpass 100 by the end of the year despite the slowdown in economic growth and decreasing flights as well as mounting fuel costs.

The slowdown in flight deliveries coincides with the company shedding millions of square feet in warehouses across the country because of overcapacity concerns.

We already know consumers are hanging on by a thread, maxing out their credit cards, draining personal savings, and even in some cases, getting multiple jobs to survive the high inflation period. Consumers have already shifted away from buying discretionary items to staples as companies hold uncomfortably high inventories of products (such as televisions and computers) as demand vanishes.

But don’t ignore the flashing red signals from Amazon and FedEx as the Biden administration cheers endlessly about the ‘strongest recovery ever’ and no signs of recession.