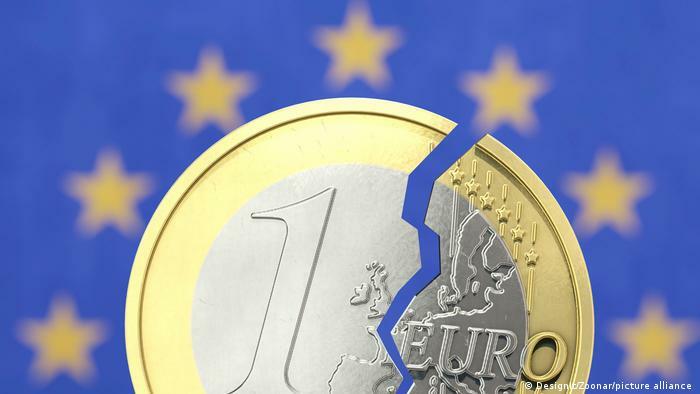 As the Dutch farmers are showing, that is something worth opposing von der Leyen, Lagarde, Stoltenberg and Europe’s other Quislings and the perches they pontificate from.

Though the function of European, German, Japanese and Zimbabwean central banks is to enable the credibility and efficiency of the financial side of their respective economies so that the real side of their economies may achieve the nation’s broader macro economic goals, NATO’s central banks have obviously and disastrously abandoned those tasks for reasons this article makes apparent. Because Zimbabwe, like Germany’s Weimar Republic before it, has reached annual inflation rates of 90 sextillion per cent a year, Europe should not be emulating the financial and economic basket case of Harare.

Whatever about Zimbabwe, Germany has been famously down this road before and, in a total reversal of earlier post-war policies, seems determined to traverse it again. The European Central Bank, based in Frankfurt, is printing euros as quickly as their colleagues in Zimbabwe are printing Zimbabwean dollars, as the Confederates printed their Greybacks and as Weimar printed their famously worthless marks.

Although Weimar’s woes were many, two of the most pertinent were that the Kaiser borrowed immensely to fund his armies, whose victories were supposed to enable him to repay his nation’s debts, and that the Western allies bled defeated Germany’s resources dry, thus opening the way for Herr Hitler once Weimar fell. Europe’s central banks are following this very policy today. They are doling out billions to ease energy bills, to bribe farmers and, most notoriously, to feed the money laundering Ponzi scheme that is Zelensky’s Kiev junta. The money supply, at more than 15 trillion euros, is at record levels and real interest rates are in negative terrain, pauperizing pensioners but failing to kick start their fuel starved economies. Inflation,.Germany’s bane, is again on the march as too far much money is in search of far too few bags of fire wood; and English toilet paper has increased in price by 50% in the last few months, Albion is really in squeaky bum time.

As the European Central Bank’s leaders presently have no other card to play, they must think their printing presses are enough to prevail in Ukraine and to allow Europeans to both eat and heat themselves this winter. Not only is that wishful thinking on the part of ECB President Christine Lagarde, the ‘multi cultural’ Parisian, who previously fronted the IMF and who held senior Ministerial positions in the French government but it betrays her fundamental ignorance about monetary policy.

The main aim of the euro was to have the stability of the German mark and the Dutch guilder and not to be as volatile as Lagarde’s French franc, which was devalued four times since 1945. Unlike Lagarde, the Central Bank of the Federal Republic of Germany, along with that of Japan, seemed to have understood monetary policy, which is best seen as being like the throttle of a motorbike which must, when necessary, allow more fuel to enter the economic engine but which also must not flood it by drowning it in Zimbabwean dollars, French francs, Confederate Greybacks or Lagardean euros.

To further illustrate this point, recall that the interest rates of the German Federal Republic and Japan were flatter than pancakes for decades after their 1945 surrender. This central bank policy, together with a stable exchange rate, allowed Japanese and German industry to plan ahead, to innovate, to capture markets and to allow their countries to prosper on the backs of their technological and industrial might.

Lord Keynes, who was involved in the financial intricacies of both the First and Second World Wars, understood all that. He had the measure of the Lagardes of this world whom, he famously said, were slaves to long dead economists, the Chicago School in the case of Lagarde and her ECB confreres. Like the CIA’s Chicago School and the Austrian School that inspired them, their analyses omit not only the real economy but the political leadership and direction necessary to achieve economic and social success, which the post war Japanese and German states possessed in abundance, just as China does today.

China is, of course, the workshop of the world, just as Japan, Britain and Germany formerly were. But a large part of their success was due to their monetary policy, which served the interests of their economy with Japan, most notably, keeping both the yen’s value stable and Japan’s interest rates artificially low for decades.

Lagarde’s Europe works to a different beat, printing euros by the billion, both for Zelensky’s regime to trouser and to stave off Europe’s pending collapse which needs action on the real side of the economy, rather than gifting reams of cash to oil companies if it is to survive. Europe’s salvation is in getting back to work by using the cheapest energy wherever it can be found to produce high valued added German and Dutch goods.

Up to when the Americans ordered the closure of Nord Stream 2, that affordable energy was Russian, which has now been jettisoned in favor of printing billions more euro for Zelensky to squirrel away. Forget about our sanctioned Russian caviar. We can no longer afford Dutch tomatoes, British black pudding or German pork sausages because ‘cosmopolitans’ like Lagarde and the moronic von der Leyen have decreed we must follow Sri Lanka and jettison the Russian fertilizer that is at the heart of both European farming and European urbanization. Lagarde and von der Leyen see the solution to our problems in giving the Dutch farmers a few euros in lieu of the sustainable lifestyle the Dutch had previously carved out for themselves through hard work and massive investment.

But their monetary madness, if madness it is, goes a lot deeper than even destroying European farmers. Take a squint at European debt rates, at the rate of public debt and of the collapsing rates of investment and see the abyss that looms ahead. Though Ireland, to take one of the more extreme examples, has an external debt 700% the size of its GDP, its government is still handing out bribes galore to delay its inevitable collapse. As its only representations on the EuroStoxx50 index of top Euro denominated shares are CRH, a corruption ridden builders’ providers, Flutter Entertainment, an ethically challenged gambling company, and Linde PLC, a multinational German company domiciled in Ireland for tax evasion reasons, Ireland has no chance of repaying its debt in either this world or the next, and its promises to rebuild Ukraine are therefore not worth a Continental.

And, if we go through the EuroStoxx50 index’ mainland European companies, which include a rag tag mixture of auto, alcohol, financial, food, luxury goods, chemical, sportswear, retail and real estate rental companies, we see the same story of companies that are going the way of the dodo. Because we can see all their governments have no chance of repaying their debts either, we must then ask are Lagarde and the insufferable von der Leyen moron more knaves than fools.

Although von der Leyen is undoubtedly an idiot of epic proportions, she and those in cahoots with her are obvious knaves as well. They have sacrificed Western Europe to what they describe as the vagaries of the market but to what is, in effect, the grand designs of Amazon, Gates, Musk, Schwab and similarly shoddy Lords of our age.

Though Lagarde’s lot can throw all the crumbs they want to small German businesses and highly efficient Dutch farmers, they are nowhere near enough to keep the lights on, never mind to keep those enterprises viable. That can only be done by instilling stability in the economy and confidence going forward, the sorts of stability and confidence that were the hallmark of the unique economic structures of both Federal Germany and Japan that must now give way to the behemoths of BlackRock, Vanguard, Amazon and Microsoft that finance the World Economic Forum’s civilian wing and that have no need of Dutch farmers, small retailers, entrepreneurs, the mittelstand of Germany, Switzerland and Austria or any other such expendables.

Though Keynes’ long dead economists were correct to say that money is only a veil over the real economy, it also uses dupes like Lagarde and von der Leyen to mask how companies like Amazon and Google, working with the CIA and allied bodies, are colonizing and pauperizing Europe and thereby making all that is good in European society go Harare’s way, into economic freefall.

And so, Europe is at a crossroads, where the path of the World Economic Forum, NATO and the European Central Bank is Hayek’s Road to Serfdom with all the horrors impoverished Africa, Syria, Iraq and Yemen have endured, and the alternative path that is taking root in Russia, China, Iran and Latin America can also be ours if we can rid ourselves of our ECB, EC and WEF lords and ladies. In the one, we will own nothing and will, like tame dogs, learn to love our nothingness. In the other, if we work for it, we at least have the hope of living as free citizens and, as the Dutch farmers are showing, that is something worth opposing von der Leyen, Lagarde, Stoltenberg and Europe’s other Quislings and the perches they pontificate from.