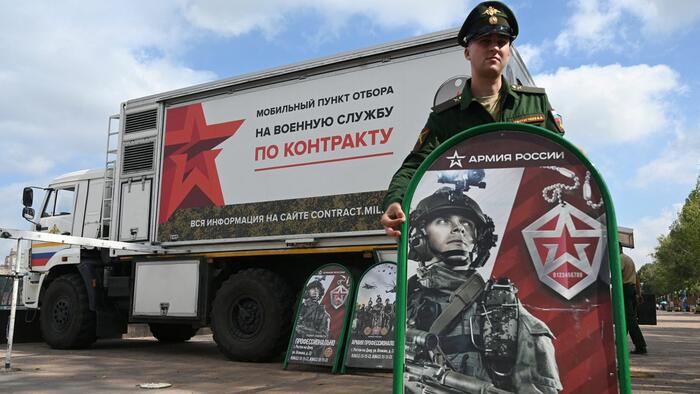 
From near the start of the Russian invasion of Ukraine, the Ukrainian side has touted its own “foreign legion” – which especially in the opening months attracted thousands of Westerners. Calling itself the “International Legion of Territorial Defense of Ukraine” – potential recruits can even go to an official website and click “join”.

President Volodymyr Zelensky a mere two days after the Feb.24 invasion of his country had called on “friends of Ukraine, freedom and democracy” to sign up for the territorial defense forces. According to one study tracking Ukraine forces during the conflict, “Just two weeks after Zelensky asked foreigners to serve in the Ukrainian ‘international legion,’ Ukraine announced that more than 20,000 foreign volunteers from over 52 different countries had arrived.”

As the study noted further, “Many of the new arrivals were well trained with prior military experience. These included veterans who served in the US Army, US Marine Corps, and British Army.”

Some pundits have said these mercenaries have remained deeply involved in the ongoing Ukrainian counteroffensive which began in earnest this month, regaining crucial territory especially in Kharkiv in the east.

Interestingly, at a moment international reports are pointing to high casualties as well as possible manpower shortages on the Russian side, the Russian government has opened a military recruitment center focused on foreign citizens. The mayor of Moscow announced the new initiative on Tuesday:

“The Moscow government will deploy a full-fledged infrastructure in Sakharovo to assist the Russian Defense Ministry in the recruitment of foreign citizens into the military service,” Mayor Sergei Sobyanin said in a post on the Telegram messaging app.

Local authorities “will do everything necessary to make the signing of the contracts as convenient as possible” the official statement said.

This is likely related to a move in the State Duma being reported Tuesday to make preparations for a “national mobilization” – as the Russian military could be poised for a major escalation. This also involved federal measures making it easier for foreigners to sign a one-year contract with the Russian army, based on a program where they receive citizenship in return.

Russia has struggled to enlist foreign fighters on its behalf and rebuffed prospective recruits from Ethiopia https://t.co/IBFN0EU6B3

However, the proposal would still have to go through the upper house of parliament and be signed into law by President Putin. All of this points some major changes in the way Russia is executing the invasion, and as Putin is set to give a major address Tuesday night alongside his defense minister.