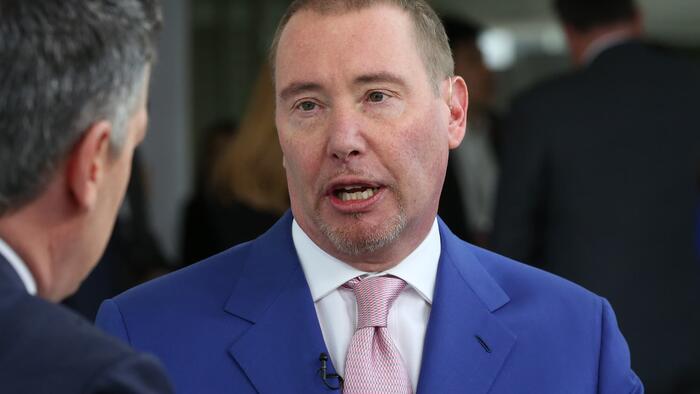 
Billionaire investor Jeff Gundlach expects the S&P 500 Index to fall to 3,000 or about a 20%-25% drop from its current level, agreeing with comments made by Guggenheim’s Scott Minerd last week, citing a historical connection between price-to-earnings ratios for stocks and inflation.

“The action of the credit market is consistent with economic weakness and stock market trouble,” Gundlach said in a CNBC interview.

“I think you have to start becoming more bearish” in stocks.

Despite the hotter-than-expected CPI print today – and the market’s surge in rate-hike expectations to a coin-flip between 75bps and 100bps, Gundlach said he believes the Fed should do a 25bps rate increase (though he expects the Fed will institute a 75 bps increase when it meets next week).

“I would do 25 basis points,” Gundlach told the business network, because he is concerned the Fed might oversteer the economy and hasn’t paused long enough to see what affect the previous hikes have already had.

Even as inflation continued to surprise to the upside, the so-called bond king believes deflation is now the bigger threat and suggested that long-term Treasuries will outperform next year as the overly aggressive Fed will slow down the economy.

If inflation turns into deflation, the Fed will be forced to reverse its monetary policy, which could drive bond yields down.

“In spite of the fact that the narrative today is exactly the opposite, the deflation risk is much higher today than it’s been for the past two years. I’m not talking about next month. I’m talking about sometime later next year, certainly in 2023.”

In terms of other asset classes, the DoubleLine CEO had some advice for crypto-enthusiasts.

“I’d certainly not be a buyer [of bitcoin] today,” he said, following today’s carnage. But he added that “you buy crypto when they do free money again,” Gundlach said, referring to The Fed.

…adding that “When it does, you want to be in big.”