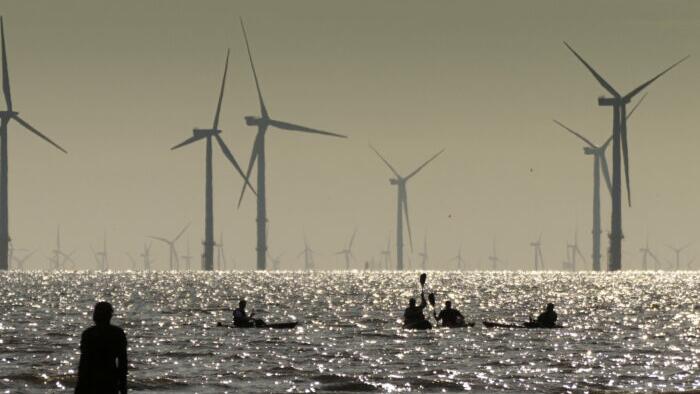 
Authored by Nathan Worcester via The Epoch Times,

An Aug. 30 report argues that the idea of totally transitioning from fossil fuels is a “dangerous delusion.”

“The lessons of the recent decade make it clear that [solar, wind, and battery] SWB technologies cannot be surged in times of need, are neither inherently ‘clean’ nor even independent of hydrocarbons, and are not cheap,” it states.

Authored by Mark Mills of the conservative Manhattan Institute, the report comes as the Russia-Ukraine war wreaks havoc on global energy markets, particularly in Europe.

In a Sept. 7 speech, European Commission President Ursula von der Leyen vowed to try to “flatten the curve” of electricity use during peak hours through rationing.

Faced with rising energy prices, some politicians are rethinking their stances on fossil fuels.

Newly elected British Prime Minister Liz Truss will end her country’s fracking moratorium on Sept. 8, as reported by The Telegraph.

While noting that electric vehicles, solar panels, and wind turbines have all significantly improved in recent years, Mills highlighted barriers that impede a complete departure from hydrocarbons.

Raw materials pose one fundamental challenge. Citing a May 2021 analysis from the International Energy Agency (IEA), Mills argued that any sweeping energy transition would require a massive increase in supplies of various minerals.

The supply of lithium, for example, would need to rise 4,200 percent.

IEA projections cited in the report suggest that rising commodity prices could drive up the prices of batteries, wind turbines, and solar panels. Electric vehicle prices are already increasing thanks to the increasing costs of raw materials.

Stephen Haner, a senior fellow with the Thomas Jefferson Institute for Public Policy in Virginia, agrees with Mills’ analysis.

He told The Epoch Times in an Aug. 7 interview that the average American may find it hard to track the energy transition issue “until they suddenly open up their Dominion [Energy] bill, and they see that their power bill went up 40 percent.”

“I don’t see it ever being 100 percent fossil free. It’s just not going to work. Can there be a higher percentage of wind and solar? Yes,” he said, adding that the world may soon face a “very interesting winter.”

Another expert, Daniel Kish of the American Energy Alliance, told The Epoch Times it is misleading to directly compare the levelized costs of wind and solar to the costs of coal, nuclear, or other dispatchable sources of electricity.

Such comparisons often serve to support the claim that renewables are cheaper than conventional energy.

He pointed out that the United States’ Energy Information Administration distinguishes dispatchable technologies, such as coal and nuclear, from resource-constrained technologies like wind and solar.

“You can’t compare the costs of part-time energy when you’ve got full-time demand to full-time, demand energy that is there when you need it,” Kish said in an Aug. 7 interview.

Like Mills, he worries the United States could become far more dependent on Chinese minerals and supply chains than it ever was on OPEC oil.

“For the life of me, it’s like you’re being driven right into China’s open arms, and you’re doing it on purpose,” he said.