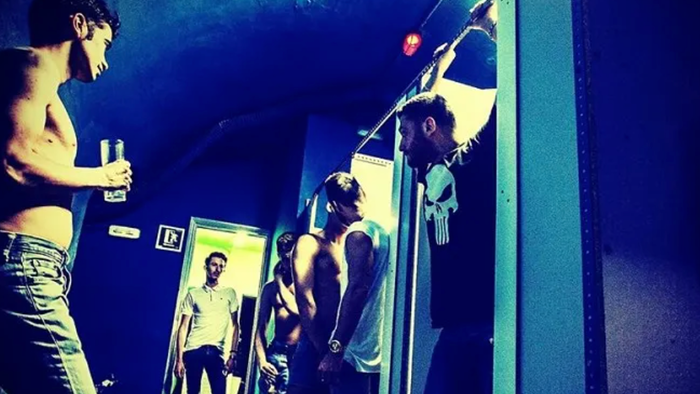 
An Italian man on a ‘condomless’ sex escapade with men in Spain tested positive for HIV, Covid-19, and monkeypox simultaneously – the first known case to have all three viral diseases, according to a case study in the Journal of Infection.

Researchers stated the 36-year-old male spent five days in Spain between June 16-20 and developed a fever (up to 39°C), accompanied by sore throat, fatigue, headache, and right inguinal lymphadenomegaly about nine days after his trip. He tested positive for Covid on July 2 — and his symptoms worsened that day.

“On the afternoon of the same day, a rash started to develop on his left arm. The following day small, painful vesicles surrounded by an erythematous halo appeared on the torso, lower limbs, face, and glutes. On July 5, due to a progressive and uninterrupted spread of vesicles that began to evolve into umbilicated pustules, he went to the emergency room” in Catania, Italy, and then was immediately transferred to an Infectious Diseases Unit at the Policlinico G. Rodolico – San Marco University Hospital,” researchers said.

By July 6, the man was diagnosed with monkeypox and human immunodeficiency virus (HIV) while still Covid positive. By this time, he had overlapping symptoms from all three viral diseases. Researchers noted he was double jabbed against Covid with Pfizer’s BNT162b2 mRNA vaccine (last December).

“As this is the only reported case of monkeypox virus, SARS-CoV-2 and HIV co-infection, there is still not enough evidence supporting that this combination may aggravate patient’s condition.

“Given the current SARS-CoV-2 pandemic and the daily increase of monkeypox cases, healthcare systems must be aware of this eventuality, promoting appropriate diagnostic tests in high-risk subjects, which are essential to containment as there is no widely available treatment or prophylaxis.”

The double jabbed man disclosed to researchers he had “condomless intercourse with men during his stay in Spain.” According to medical records, the man also had syphilis in 2019, though he tested negative last September.

Images of the man who was not identified were taken and shared in the medical study.

The fact that this man received two doses of Pfizer’s Covid vaccine and then tested positive for all three viral diseases at once is an eyecatcher.