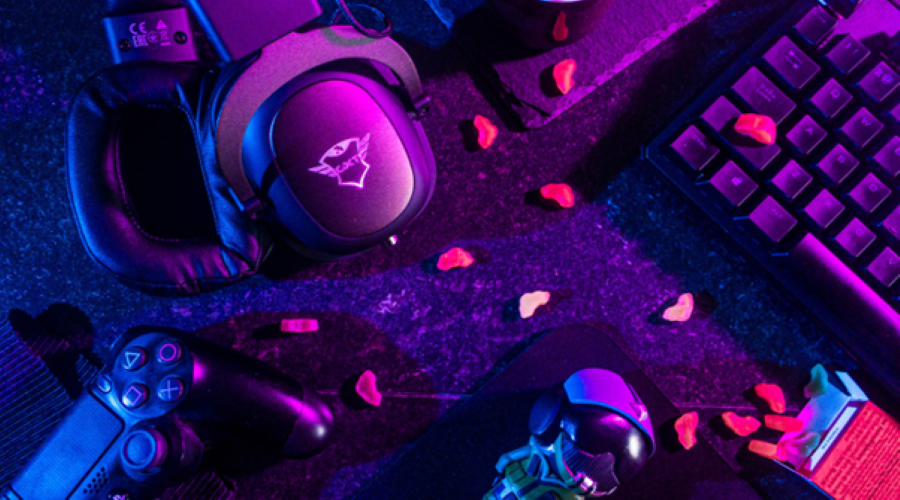 As blockchain gaming takes center stage globally, there is some jargon for people to get accustomed to. Terms like “metaverse”, “GameFi” and “play-to-earn gaming” are being thrown around, yet they take some time to wrap one’s head around. More importantly, the era of “GameFi 2.0” is around the corner, illustrating how quickly this industry keeps evolving.

The concept of combining video games with financial elements has proven to attract tremendous attention from blockchain and cryptocurrency enthusiasts. Such a combination is often referred to as “GameFi”, a culmination of “gaming” and “finance”. Many people expect GameFi to be the primary catalyst for driving billions of people to the metaverse, although there is a lot more to these matters than meets the eye.

Gamifying finance in video games is visible through the popular play-to-earn mechanic. In play-to-earn titles, players progress through the game – which is built on the blockchain – in either PvE or PvP mode – or both – to earn rewards. Those rewards include extra characters, pets, armor, weapons, land plots, housing, furniture, etc. In addition, play-to-earn games enable players to own their in-game assets and convert them to cryptocurrencies, establishing the play-to-earn model. Everything a player earns in the game can be converted to real-world value, something traditional games do not provide.

The mechanics of earning items that have real-world value is one example of GameFi mechanics. Other industry segments, such as play-and-earn and move-to-earn, enable anyone worldwide to gain exposure to cryptocurrencies and NFTs and their value. That may seem like a niche concept, but a report by Absolute hints at how GameFi will become a nearly $3 trillion industry by 2028. However, that goal is only achievable if the industry proves sustainable, which remains uncertain.

The success of GameFi may hinge on the transition from play-to-earn to play-and-earn. That may sound the same, but the mechanics are very different. In a play-and-earn game, game mechanics trump earnings, whereas play-to-earn tends to make players focus on monetary incentives over having fun. Video games thrive when players are engaged and for the right reasons. GameFi 2.0, and the future success of the metaverse, will largely depend on how engaged people are in spending time in virtual worlds.

GameFi 2.0 And The Metaverse

Although the GameFi concept is still relatively new, the switch to play-and-earn signifies the “GameFi 2.0” era. Video games are a form of entertainment, and monetary rewards should always be secondary in nature. Unfortunately, the play-to-earn mechanics has skewed that paradigm and created many unsustainable game economies. It is not too late for games to pivot, as Axie Infinity – through its new Origin mode – has shown a dual-pronged approach can work.

What makes Origin so different is the removal of upfront investments. Axie Infinity requires owning three NFTs to begin battling in the game. Users are expected to pay a few hundred dollars to start playing a game they may not even like. Origin has a free starter pack, lowering the entry barriers and allowing more players to experience GameFi 2.0. More importantly, it signifies the importance of a gaming-first approach rather than establishing a game economy and building game elements around it.

The future of Web3 gaming, and by extension the appeal of the metaverse, may hinge on how GameFi 2.0 evolves. The MonkeyLeague team – a play-and-earn football game – will host a GameFi 2.0 roundtable discussion to signify the importance of this paradigm shift. The current state of Web3 gaming and efforts to incentivize broader adoption of blockchain games and cryptocurrency are two topics that will be debated heavily.

A MonkeyTalks YOU. CAN’T. MISS!

For a freestyle chat on #Web3 #Gaming on our YT

Furthermore, the way MonkeyLeague is built – as a play-and-earn title, by default – will also be discussed. It may offer some inspiration for Web3 game developers on how to engage with an audience that wants fun games rather than making money from gaming. Although GameFi 2.0 will still feature ways for people to earn money, it needs to be on the same level as in-game achievements: it happens organically while you play. No one should go out of their way to chase a reward by doing something they might not enjoy.

The Metaverse Is A Social Activity

Developments affecting Web3 gaming and GameFi 2.0 will spill over into the metaverse. Most Web3 games build their own metaverse, a place for players to come together, have fun, be social, engage in content, etc. The social aspect of the metaverse should never be secondary to earning money because of outdated play-to-earn models.

If a player needs to pay to play – often hundreds of dollars – they will have a single focus on making that money back as quickly as possible. However, it will also ruin their gaming and social experience, as those elements are secondary.

The roundtable discussion on GameFi 2.0, which takes place on August 24 at 4 PM UTC, is accessible through MonkeyLeague’s YouTube channel. It marks a crucial shift in how developers build their games and paves the way for accessing the metaverse.

The post What Is GameFi 2.0 And How Will It Impact The Metaverse? appeared first on .