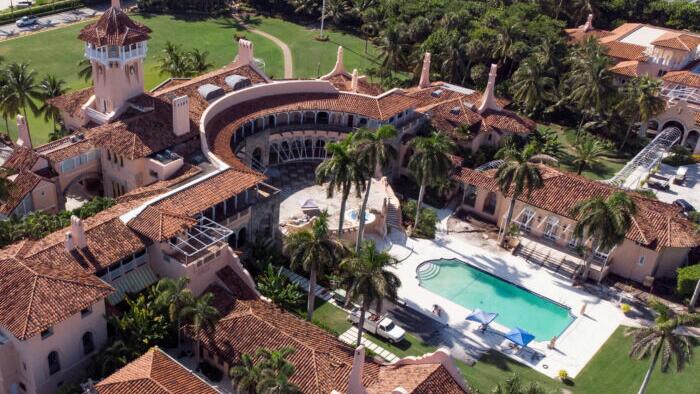 The FBI on Aug. 8, in an unprecedented move, raided the home of former President Donald Trump for a potential violation of the Espionage Act, before allegedly finding four sets of top-secret documents and seven other sets of classified information that the former president removed from the White House.

One poll (pdf) conducted from Aug. 13–16 by the Economist/YouGov, found that 51 percent of Republican respondents said they were more enthusiastic about the 2022 midterm elections compared to the previous congressional election year. It turned out to be a 6 percent increase from an Aug. 7–9 poll result (pdf), showing only 45 percent were more devoted to voting.

The growth was smaller when it came to Democrat and Independent voters—both increased after the raid by one point to 36 percent and 25 percent respectively. Both surveys asked 1,500 adult citizens nationwide, declaring a margin of error of 2.9 percentage points.

The recent raid by the FBI in Palm Beach has solidified Trump’s hold on the 2024 GOP presidential nomination, according to conservatives and analysts. Trump’s family and aides also slammed the move as being politically motivated to prevent the former president from regaining the presidency.

The release of findings came as Trump’s 2022 endorsement record grows to 209–17, according to Breitbart, after five “America First” candidates he backed won their primary races in Wyoming and Alaska Tuesday night.

Incumbent Rep. Liz Cheney (R-Wyo.) lost her seat in the U.S. House of Representatives on Aug. 16, without coming close to her Trump-endorsed challenger, Harriet Hageman, who doubled Cheney’s votes to win the Wyoming primary.

Trump had three other endorsements in Tuesday’s state races: Wyoming State Rep. Chuck Gray, who secured the nomination for secretary of state, and incumbent State Treasurer Curt Meier advancing in his renomination bid, as well as Brian Schroeder, former head of Veritas in Cody who lost his bid to maintain his position as state superintendent.

Tshibaka, along with Sen. Lisa Murkowski (R-Alaska), who voted to impeach Trump for inciting the Jan. 6 Capitol protest, advanced to the ranked-choice election from the open primary on Aug. 16.