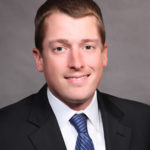 Inflation and a superheated job market may be the nation’s prevailing economic concerns, but a big concern in cannabis today is a product glut in long-legal states.

States like Colorado, where the price of flower is down over 40%, has seen companies out of business and layoffs, according to a recent report from Marijuana Business Daily.

The glut, the prevailing economic headwinds, supply chain issues and inflation are of course having a trickle-down effect on the cannabis insurance business.

Following are takeaways from that conversation.

When companies are strapped or under financial pressure, one of the first things management does is look to cut cost. For many companies, especially those in the cannabis space, the insurance spend is one of the biggest line items next to payroll.

“So, we now are in a place where that particular spend is being looked at and scrutinized greatly,” Schutz said. “So, we have operators looking to reduce costs, self-insure, different types of risk transfer, and the nature of the large cannabis operations spend is absolutely going to change. And the risk management structure and the importance of risk management in these operations is going to change greatly in the next six months, in my opinion.”

Schutz is talking to a lot of retail agents and their cannabis clients about insurance spend lately. The brunt of those conversations are with businesses that are already under pressure from having to compete with larger, well-funded operations.

“I think every mom-and-pop operator and operators, even the middle market space are very concerned because margins are getting thinner by the day,” Schutz said. “So, now, they’re looking at increased competition, pressure from all sides. So, I think we’re going to see a lot more consolidation, and hopefully that those mom and pops and smaller operations can either create a brand that has value and that they can either sell or leverage, or they find another way to consolidate and integrate so they have a better operation. Because I think the small retail operators are very short for this world, in my opinion.”

The falling price of cannabis flower has had a direct impact on retail brokers.

Like Schutz, Bozzuto has been busy lately talking to insurance buyers who have seen prices drop by half or more – cutting into profits.

“So, what we’re seeing now is a reduction in payroll, reduction in revenue, and also a reduction in the inventory value that is the cannabis stock on their insurance policy, because the replacement cost value from the carriers, or excuse me, it’s actual cash value is based on wholesale,” Bozzuto said. “So, if the price is now in half, they need to slash that in half. So, we’re seeing some changes. We’re seeing operators trim the fat per se, and really look at making very conscientious decisions when it’s based around expenses.”

Recently, she did a “tour” up and down the California coast of California visiting clients, most of whom are saying the same thing.

“They’re frustrated that the price per pound is so low,” she said.

The impact of the cannabis glut is compounding other economic realities, in which consumers are spending less, even with cannabis prices at bargain prices, because they are having to spend so much more on groceries, gas and other essentials.

However, she believes the nature of cannabis operators – who are risk-takers laying it all on the line in a frontier industry – will translate into survival for those who are fit to survive.

“So, I would definitely say that the members in the cannabis industry are extremely resilient. They’re very strong entrepreneurs. They’re big risk takers,” she said. “And I think that they will remain strong and be okay. We’re definitely going to see some exit the industry, which we’ve seen already. We’ve seen some, where they’re lowering their payroll. They’re having to remove some of their workforce to hang on and survive. But I think the strong will make it, and I think the ones that will likely not make it may have not had a winning chance to begin with it. It really is based on spending, financials and really good proformas, good planning and good execution. And those are the ones that are succeeding.”