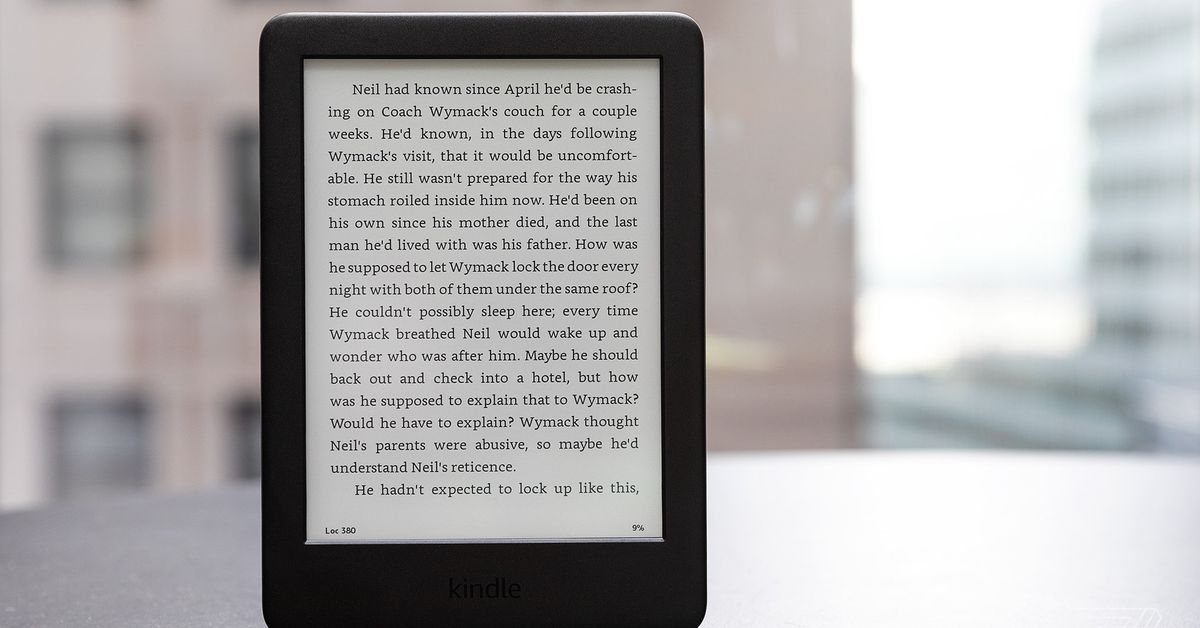 
When it comes to finding a device to use to read your ebooks, you have a few options to choose from. You can always buy a tablet or use your smartphone, but those devices are multipurpose and can be used for a ton of things, like surfing the web or doom-scrolling on Twitter. If you are looking for something to strictly read books, e-readers, while niche, are designed to store all of your books in a virtual library with limited functionality.

Amazon, one of the pioneers of the e-reader, has dominated the space for years with its Kindle lineup, which consists of several unique models with their own pros and cons.

Below, we’ve listed each model currently available. Sometimes, there isn’t a deal for one or any of the products — which is often the case following shopping events like Prime Day — but we’ve mentioned the most recent sale price in those instances. Also, keep in mind that Amazon offers 20 percent off all of its Kindles when you trade in select devices, so there are still other ways to save money when none of the models are available at a discount.

The 10th-gen Kindle is Amazon’s most affordable e-reader, and as such, it usually retails for $89.99. Released in 2019, the base Kindle includes a front light, 8GB of storage, and comes with or without ad support. Also, despite including the same 167ppi resolution as its predecessors, the latest model features a slightly higher contrast than earlier models.

The 10th-gen Kindle normally starts at $89.99 with ads, though, we did recently see it on sale for as low as $44.99 during Prime Day. Those sales have since ended, however, the ad-supported model is still available on Amazon in white for $59.99. The same thing goes for the ad-free white model, which is available on Amazon for $79.99 ($30 off).

If you are looking for a discount, the latter retailer is selling the ad-supported e-reader in white with a power adapter and one of four fabric colors for $91.97 ($48 off) or in black with all the same accessories for $144.97 ($15 off). Note, however, that if you buy either Kindle model at Amazon, you’ll also receive three months of Kindle Unlimited at no additional cost.

Amazon’s most affordable e-reader that now includes a front light for the display. The tablet also offers support for Bluetooth headphones and is a little more comfortable to hold than its predecessor.

Amazon’s apt-titled Kindle Essentials Bundle includes the ad-supported base Kindle, as well as a power adapter and either a red, black, blue, or white cover.

The entry-level Kindle and Oasis models were not the only ones that received a refresh in 2019. Amazon also released the Kindle Kids, which comes with a handful of accessories and provides age-appropriate content for younger readers who prefer digital books for $109.99 ($20 more than the base Kindle at standard MSRP).

The Kindle Kids Edition consists of four items: the device, a case, a two-year extended replacement guarantee (in the event the device breaks), and one year of Amazon Kids Plus service. The latter is the biggest selling point of the device aside from the kid-friendly patterns, as it allows parents to grant their kids access to a digital library of kid-friendly books like Percy Jackson and the entire Harry Potter series at no additional cost.

On the deals front, we recently saw the Kindle Kids drop to a mere $49.99 on Amazon as part of the retailer’s two-day Prime Day promotion. Sadly, Amazon is no longer selling the kid-friendly device at that price, though, it is still available on Amazon for $59.99.

Amazon’s kid-friendly bundle, which includes a Kindle, one of four cases, a one-year membership to Amazon Kids Plus, and a two-year extended warranty.

Amazon’s latest Kindle Paperwhite is its 11th-gen model, which comes with USB-C support, longer battery life, and a larger, 6.8-inch display. Given the e-reader launched just last year, however, we haven’t seen a ton of steep discounts yet. Thankfully, you can still pick up the last-gen model, which is frequently available for far less than the standard retail price.

The 2021 Kindle Paperwhite comes in three main configurations: an 8GB model with ads for $139.99, an 8GB model without ads for $159.99, and a 32GB, ad-free Signature Edition for $189.99. The latter is identical to the standard Paperwhite, except it also features Qi wireless charging and a sensor that will automatically adjust the backlight when needed. Amazon has also rolled out a Kindle Paperwhite Kids Edition for $159.99, which comes bundled with a kid-friendly cover, a two-year extended replacement guarantee, and a year of Amazon Kids Plus, much like the aforementioned Kindle Kids. All 2021 models are also similar to the 2018 model in that they feature a waterproof design and Audible audiobook support.

We recently saw the ad-supported Paperwhite drop to $94.99 for Amazon Prime members. Although it’s currently not available at the aforementioned sale price, it is on sale for $30 off at Amazon and Best Buy right now, where you can pick it up starting at $109.99. If you buy the e-reader at Amazon, however, you’ll also receive three months of Kindle Unlimited at no additional cost.

As for the 32GB, ad-free Signature Edition, it’s on sale at Amazon and Best Buy right now for $149.99, nearly matching the e-reader’s best price to date. If you prefer a bundle, Amazon is currently selling it with a cork cover and a wireless charging dock for $202.97 ($67 off).

The premium Kindle Paperwhite Signature Edition offers the same design and performance as the new base model, but with more storage, an automatic light sensor, and Qi wireless charging.

Unfortunately, if you’re looking for the Kindle Paperwhite Kids Edition, it’s only available at Best Buy and Amazon right now for $159.99, its standard retail price.

Amazon’s kid-friendly Paperwhite is the same as the new base model, but it’s ad-free and comes with the added benefits of a two-year hardware protection plan, one year of Amazon Kids Plus, and a choice of three kid-friendly covers.

While there currently are no significant deals happening on the 2021 Kindle Paperwhite — save for the slight break on the various bundles — retailers like Amazon and Best Buy often lower the price of the last-gen model during major shopping holidays and bigger sales events, including Black Friday and Amazon Prime Day.

Sadly, despite having been on sale for as low as $69.99 in the run-up to Prime Day, the 2018 e-reader is only available right now in refurbished configuration at Amazon starting at $109.99 — the same price the 2021 model is currently going for at multiple retailers.

The Kindle Oasis is the most expensive of the lineup, starting at $250. The device comes in two storage configurations, 8GB or 32GB, and like the other models, you can get it with or without ads on the lock screen.

The 2019 Kindle Oasis looks very similar to the previous model. It retains its waterproof, 7-inch, 300ppi E Ink display and supports Audible audiobooks via Bluetooth. However, unlike previous models, it can adjust the color temperature to a yellow-toned display, making it easier to read at night.

In the past, we’ve seen the 8GB Kindle Oasis drop to as low as $174.99, which remains the lowest price for the standalone configuration to date. However, despite having gone up in price, both Amazon and Best Buy are selling the 8GB, ad-supported Oasis for $199.99 ($50 off). If you prefer the model without ads, you can pick it up on Amazon for $219.99 ($50 off) with three free months of Kindle Unlimited. Lastly, if you need additional storage, the 32GB model is available for full price on Amazon with ads for $279.99 or for $299.99 without.

If you’re looking for a package, the Kindle Oasis Essentials Bundle is also currently on sale in select configurations at Amazon. Right now, you can get either the 8GB, ad-supported configuration for as low as $229.97 ($80 off) or its 32GB variant starting at $309.97 ($30 off), both of which come with a power adapter and either a fabric or leather cover.

Amazon’s third-gen Oasis includes IPX8 water resistance and a warmer display, which makes it easier to read at night or in various lighting conditions. The discounted Essentials Bundle comes packaged with a cover, a power adapter, and three months of Kindle Unlimited.

Subscribe to get the best Verge-approved tech deals of the week.