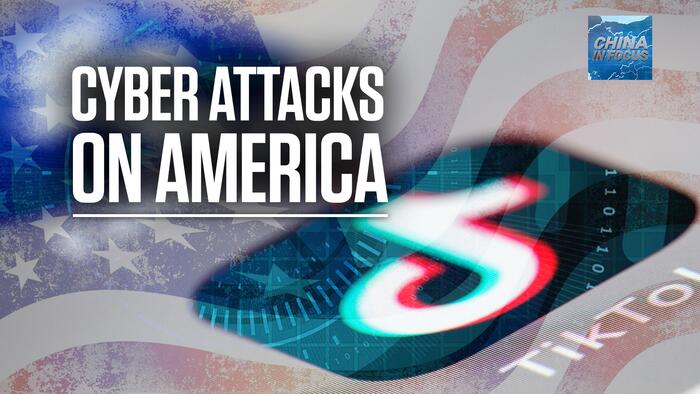 
In this special episode, The Epoch Times’ Tiffany Meier sat down with Rex M. Lee, cybersecurity adviser at My Smart Privacy. He helps shed light on China’s cyberattacks on America, how they affect us in our daily lives, and what can be done to stop them.

Lee notes one way adversarial countries can get in is through invasive apps:

“You have to look at an app as legal malware. And that’s the best way you can describe apps today. An app—whether it’s a social media app developed by Bytedance, such as TikTok, or Facebook, or Instagram—any of these apps, they are basically legal malware that enable the developer to monitor, track, and data mine the end user for financial gain 24 by seven, 365 days a year.

“A single intrusive app enables the developer to collect over 5,000 highly confidential data points associated with the end user’s personal information, business information, medical information, legal information, and employment information because the surveillance and data mining done by these companies is indiscriminate, meaning that they’re not only collecting consumer information, they’re collecting every bit of information from the end user, including text messages, email, email attachments, calendar events, and so forth,” he added.

As to just how invasive these are, Lee said:

“What an app will do is it will interlink with all of the hardware on the device and the sensors on the device, such as camera and microphone, as well as sensors, such as the accelerometer. So they can do audio, video and physical surveillance on you 24 hours, 365 days a year while collecting those 5,000 highly confidential data points on the end user. What they’re doing is they package that and they monetize it. But also, as we’re seeing in the news, is that these tech companies are aligned with governments. So the information a lot of times is ending up in the hands of the government.”

Meier also sat down with Greg Copley, president of the International Strategic Studies Association and author of “The New Total War.” He touches on the recent buzz over House Speaker Nancy Pelosi’s trip to Taiwan and what that means for this November, both in terms of our midterm elections and Chinese leader Xi Jinping seeking an unprecedented third term.

“We’re now getting a better idea as to how the People’s Liberation Army [PLA] would fight a war against Taiwan, if it came to that. And if they in fact allowed the General Secretary Xi to make them go to war on the Taiwan issue, Japan has made it clear, and it repeated that declaration during Speaker Pelosi’s visit, that Japan would support Taiwan in the event of a military attack by the People’s Republic of China. Certainly, the U.S. will be drawn into it one way or another. Yes, it would involve high risks and the potential for many casualties. But it would also involve higher risks for the People’s Republic of China, not just in the direct conflict between the PLA and the Republic of China armed forces and the United States armed forces and the Japanese self-defense forces, but also there are other forces who would become engaged automatically.

“That probably would include Australia, but it would certainly include India, and the Indian factor is one which Beijing does not wish to discuss openly. Even in the current war game posture against Taiwan, the PLA started moving additional forces down into the Tibetan plateau to be ready for an Indian response there. The Indian response would be massive. India has a similar force capability in many respects to the People’s Republic of China, and could move the entirety of its forces against the PRC, both on the Tibetan plateau and in the Eurasian context, but also in the Indian Ocean in a naval context,” he added.

Watch the full interview below: