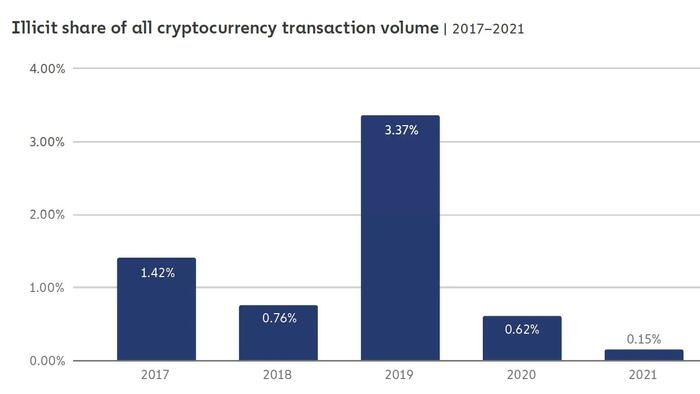 
By Donovan Choy of Bankless

Tornado Cash is a cryptocurrency mixer that lets users make transactions privately with zk-SNARK technology. Here’s how it works:

Tornado Cash is really useful if you value your privacy… or if you’re trying to conduct illegal (but not necessarily immoral) transactions.

For the latter reason, the US Treasury is slapping sanctions on Tornado Cash this week.

Actually, that’s not technically true. “Tornado Cash” is merely a bunch of open-source smart contracts running on a public blockchain. So the logic of sanctioning a smart contract is akin to sanctioning, say, a pool of water.

Our language obscures where the prohibitive burden of the sanction is falling on – it is individuals that are being forbidden from interacting with Tornado Cash, namely privacy-seeking Americans. If you mess with that smart contract, if you dip your toes in that water, you violate our political sanctions and go to jail, says the US Treasury.

In response, a swathe of platforms are quickly insulating themselves politically:

The US Treasury points to illegal money laundering for slapping sanctions on Tornado Cash, citing the North Korean linked Lazarus Group hackers that has laundered about ~$561M  through Tornado.

These numbers look so bad for Tornado when viewed in absolute terms. But can we have some context please? When we zoom in on Tornado’s activity since its launch in 2019, only a minority 10.5% of all its transactional volumes were tied to stolen funds.

If you think 10.5% (~$700M+) is a lot, it isn’t. Chainalysis research shows that a minuscule 0.15% of total cryptocurrency volumes in the whole of 2021 (a boom market nonetheless) were tagged to “illicit” transactions. That’s how little crypto is used in criminal activity.

And that is a drop in the ocean compared to the amount of fiat that is laundered annually, which according to the UN, ranges between $800B-$2T.

If governments are worried about illegal money laundering, there are much bigger problems to worry about than a mixer like Tornado. Sound public policy is targeted at the median, not the margin, and illegal money laundering in Tornado is the result of bad apples at the fringe, rather than the norm. So the impetus for sanctioning a crypto mixer because it abets crime is a pretty flimsy justification.

As I write this, a 29-year-old developer of the Tornado Cash protocol has also apparently been arrested in Amsterdam. Jeez.

One way to respond to this shitshow is of course, to mock it. If any wallet receiving money via Tornado Cash is liable to violate sanctions, what happens when you use the platform to mass send crypto to thousands of recipients?

Someone is out dusting a bunch of wallets from Tornado with 0.1 ETH lmaaaaooooohttps://t.co/3NfLuz9qYF pic.twitter.com/xsmiyM8sxq

That is all fun and games and a good exercise in pointing out the sheer illogic of it all, but realistically, the US Treasury is not going to deploy the troops against Jimmy Fallon or anyone using Tornado for an ETH. Remember that while Tornado Cash’s frontend site can be taken down, those with the technical know-how can still access its protocol under the hood, and its code can (and probably will) be forked.

Ethereum’s final test run – the Goerli testnet – is a simulation of the actual Merge next month. Goerli was pulled off successfully this past Wednesday.

There are various things that Ethereum developers look for to tell if the Merge was successful. For one, they look at participation rates of validators of at least a level of 66% continued participation to see if block validation proceeds as per normal.

The second way is to look at transaction activity, and whether users are filling up blocks. Blockchains sell blocks, remember?

If you missed it, we livestreamed the entire thing.

This is approximately Sept 15-16th

The Merge is officially scheduled 📆

A bombshell Coindesk article reports that two brothers, masquerading as several different pseudonymous identities, juked an astounding $7.5B of Solana’s $10.5 billion TVL at the chain’s peak, with most of that value being counted several times over between their protocols Saber Finance and Sunny Aggregator.

Oh, and they’re now moving onto the Aptos chain.

There are many problems with the popularly used total-value-locked metric. In a financial system where assets can be arbitrarily inflated and rehypothecated across multiple chains, TVL’s usage is limited. See this classic blog post by Coinmetrics for a thorough breakdown.

Arbitrum is on a roll lately. They’re launching a major network upgrade (Arbitrum Nitro) at the end of August, relaunching Arbitrum Odyssey, a user adoption campaign that was “too successful”, and today announced the launch of Arbitrum Nova, a wholly new AnyTrust public chain for gaming and social dapps.

A new dawn is upon us🌄

✨Arbitrum Nova is now live and open to the public ✨

Nova is a new chain built on the Arbitrum AnyTrust technology and optimized for social and gaming applications that require ultra-low fees and high securityhttps://t.co/4yAqe7PrRx

Meta launches NFTs on the Flow blockchain; Voyager Digital gets ordered by the courts to return $270M to its customers; Optimism governance proposal by Polynya to pause all funding until sufficient decentralization achieved; Coinbase is partnering with the largest asset manager in TradFi BlackRock to provide a platform for institutional investing.

With the success of the third and final Goerli testnet, that officially schedules the Merge of the Ethereum mainnet and the proof of stake Beacon chain for about five weeks away on September 15-16.