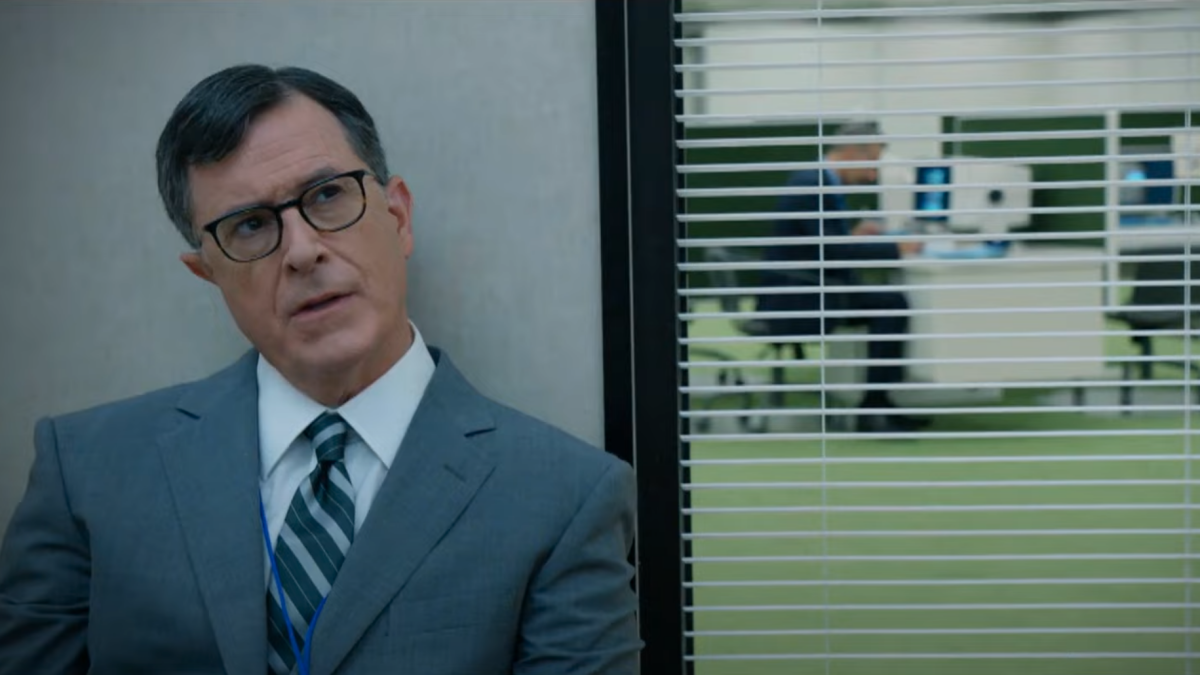 
The Emmy campaign for Severance is clearly in full swing. Not only did The Late Show devote an entire segment of Thursday night’s show to the AppleTV+ series — which is nominated for 14 of TV’s pointiest and most prestigious award statuettes — but host Stephen Colbert also got to join the severed Macro Data Refinement team at Lululemon Lumon for a day, with three of the main cast members, on what looks an awful lot like the actual set.

“Steve C.” quickly makes himself the least popular team member in MDR, in part by fixating on our other favorite workplace comedy. He decides Irving (John Turturro, playing this sketch as serious as a heart attack) is the Dwight of the team, wonders if his Outtie is actually Steve Carell, and then does a bit to camera in front of a window with blinds. He also steals office supplies, keeps referring to Mark S. (Adam Scott, green-screened in from what I hope is the Party Down reboot set) as “Marcus”, and earns the ire of Mr. Milchick (Tramell Tillman, egregiously snubbed for an individual Emmy nomination but still putting in full commitment here) when he disrespects the Music Dance Experience.

And let’s not pretend we haven’t all wondered about the mind-bending potential of a good fart in that sinister elevator.