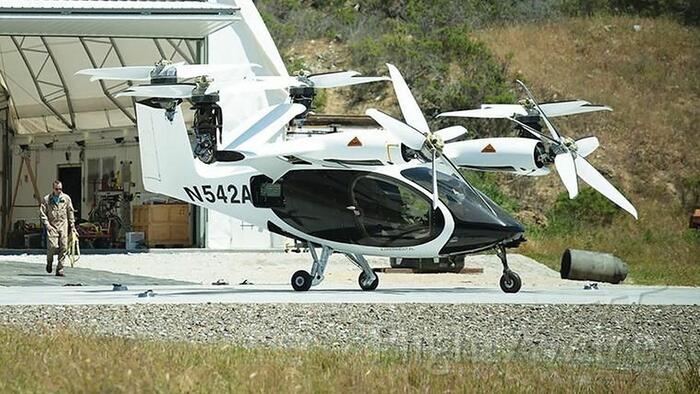 
Bloomberg reported that Californian venture-backed aerospace company Joby Aviation doubled the size of its US Defense Department (DoD) contract to produce electric-powered, vertical takeoff and landing vehicles, or eVTOLs, for the military.

The new agreement was announced Wednesday and had more than doubled the size of the prior contract from a $30 million value to $75 million, including eVTOLs for the US Marine Corps.

“Continued momentum with government customers has always been an important part of how we go to market,” said Joby Executive Chairman Paul Sciarra.

Sciarra said additional military users testing eVTOLs would allow Joby to improve manufacturing, flight operations, and other functions before a public taxi service is launched in 2024.

“As we work toward our goal of launching a passenger ridesharing service, we’re grateful for the support of our defense partners. This extension provides valuable support for our ongoing development efforts and allows our partners to see first-hand the potential for this aircraft in their future concept of operations,” JoeBen Bevirt, founder and CEO of Joby, stated in a corporate press release.

Joby has already tested eVTOLs with the Air Force for two years. The aircraft can transport four passengers at speeds up to 200 mph and fly 150 miles on a single charge.

Sciarra said that the Army and Navy had labeled eVTOLs as a “critical area of interest,” though both services aren’t part of the expanded contract.

DoD doesn’t expect to mount Hellfire or Sidewinder missiles on the eVTOLs. Instead, the aircraft will be primarily for military logistics, such as transporting supplies and medical emergencies.

How to Invest in Cryptocurrency 2023 for Beginners