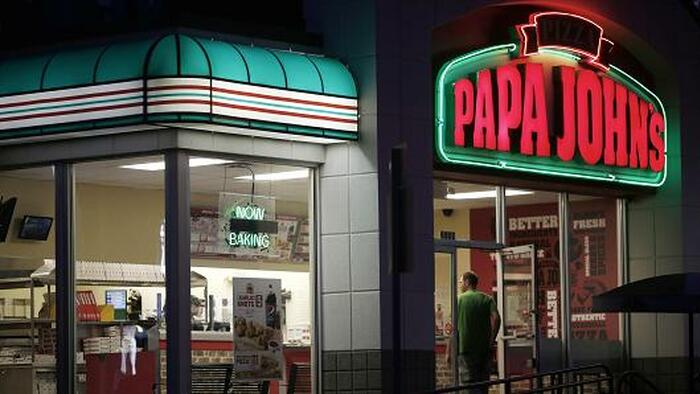 The founder and former chairman of Papa John’s, John Schnatter, has said that the pizza chain has abandoned the “conservative values” he built it on and is losing customers as a result.

Schnatter made the comments in an interview with the Right Side Broadcasting Network at the Conservative Political Action Conference (CPAC) in Dallas, Texas, on Aug. 4.

The former CEO said that “truth in God, truth in unity” were the key principles on which he had previously run the company.

“We built the whole company on conservative values,” he said. “If you run your life on principles you’re truthful and factual, and you have win-win mutual respect and you’re thoughtful and considerate, you’re going to win.”

At CPAC today, John Schnatter says Papa Johns had the best pizza out there every year when he was in charge, because he instilled “conservative values” of “truth and God.” But since he was fired as CEO for repeatedly using the N-word, it has gone down hill. pic.twitter.com/1UQeK8Ny11

“I think they’ve really lost their way,” Schnatter said. “It used to be an operational-driven company. Now it’s a lawyer, PR-driven company. They don’t run their company on principles and values.”

The former CEO added that as a result, Papa John’s, which rebranded as Papa Johns in 2021, is losing traffic and customers.

“I think the traffic count’s less than what it was when I was there six years ago. Over 40 percent of the stores are losing money,” he said, pointing to the fact that Papa Johns was once ranked among the top pizza chains.

Schnatter, who is still a shareholder of the company he founded in 1984, resigned as chairman in July after it was reported that he used a racial slur on a conference call with the Laundry Service marketing firm.

He has since repeatedly insisted that he is not a racist and that the clip of the conversation was taken out of context. He has claimed that he was actually speaking out against racism during the conference call.

The company later apologized for the comments.

However, prior to his resignation, he drew criticism for comments he made regarding the National Football League (NFL) leadership and NFL players taking a knee as the national anthem was being played in 2017.

Schnatter subsequently filed a lawsuit against Laundry Service, and its parent company, accusing it of damaging him and the company brand by secretly taping the conference call. He claims that the conference call was a set-up aimed at sabotaging him.

“We used to say the pledge of allegiance to the country before meetings. We ran our business on principles. We had the highest quality, we had the best service, we had the best culture, we were voted the best place to work in Kentucky,” Schnatter said during his interview on Aug. 4, Fox News reports. “Papa John’s debunked every single element on the Left’s ideology. So unbeknownst to me, I had a giant target on my back just by being the American dream and the folks around me living the American dream.”