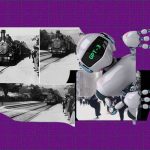 AI upscaling runs on unsupervised learning algorithms, which can decide for themselves to generate the new output

At times the storyline of a movie fascinates us so much that we give other elements of movie-making an easy pass. While we might have appreciated the pace of the movie in Forrest Gump, we can fairly say the visual effects in Avengers have taken the movie forward and made it a watch-worthy number of times. On the other hand, avid gamers have a strange fascination with creating personalized content, which is now possible with most of the games that come with mods. Whatever the case may be, it is pretty much a challenge to upscale the video without having to sacrifice the quality of the video. Image and video upscaling is in practice for a long time but had its own issues. With AI, upscaling picked up speed and at the same time improved the quality of images. Also known as Generative AI, a label that uses unsupervised learning algorithms to create digital content out of old and similar images can be categorized as discriminatory, for they can decide for themselves to generate new input. As far as gaming is concerned, this very feature of AI makes it so exciting.

What is AI upscaling?

In the technique, “AI upscaling”, the application when fed with a low-resolution image will generate a similar image with more pixels. It is basically achieved in two ways. One, by filling the additional pixels with similar visual information – also called nearest neighbor resizing. Two, by creating interstitial pixels to smooth out the transition between pixels with low-resolution pixels. In both methods, the algorithms create a seamless image by recognizing the contrast patterns common in real-world scenarios. “It is like witchcraft”, says Daniel Trolie, a teacher and student from Norway who worked on the RPG classic The Elder Scrolls III. He said, “it looked like I just downloaded a hi-resolution texture pack from the game developers Bethesda themselves.”

Upscaling is not the holy grail of quality

Because it is artificial intelligence that is involved, the results are achieved faster than the conventional methods. But then it is all relative. The hard work part still remains and not everything and anything is possible. If the instant result is what all you expect from upscaling apps, you can quietly forget all about it. AI upscaling requires work as diligent as carving a stone or wooden sculpture and not every video shot by any device would be an eligible candidate for upscaling. In his 16,000-word explainer, Extreme Tech managing editor Joel Hruska, puts down all about AI upscaling applications, comparing at least two of them. He says, AI upscaling has a host of issues such as uneven rendering even within a professionally produced video. For eg., a 50-minute upscaled video might have 45 minutes of neatly upscaled visuals with intermittent hazy parts, for which no one knows the reason, or how it works. Aesthetics part aside, upscaling is strongly discouraged by photographers and historians alike alleging that upscaling old images to 4K quality because photographs or the frames of a video are not uncomplicated. The texture they carry with them has a story to tell and symbolizes the very characteristics of the era they belong to. This is not all upscaling has to offer. Recently NVIDIA, a major player in graphic card manufacturing is about to announce a batch of AI and deep learning technologies to take forward 3D graphics at the SIGGRAPH conference being held this week in Vancouver, Canada. It claims its proposals can solve some of the challenges AI upscaling faces in 2-D graphics when a customized output is required.

Pantera CEO bullish on DeFi, Web3 and NFTs as Token2049 gets underway