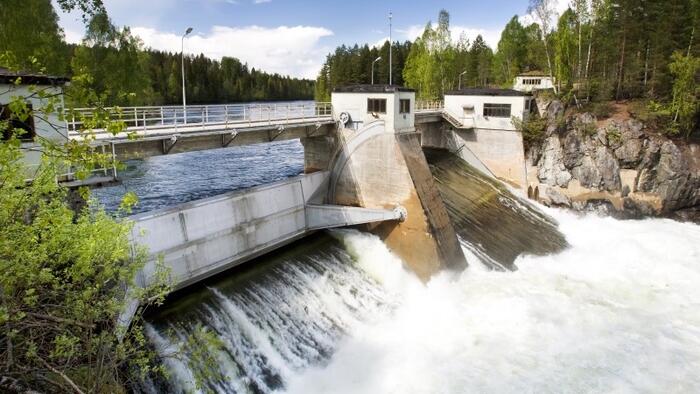 
Norway on Monday announced that due to an ‘uncertain and demanding situation’ over sky-high electricity prices – caused by low water levels at hydroelectric stations (in what they refer to as a “weather-dependent power supply”), as well as the “dramatic situation in Europe” regarding Ukraine, the government will be limiting electricity exports “when the water level in the reservoirs drops to very low levels.”

Norway has notably been referred to as the “battery of Europe” thanks to its ability to generate and export massive quantities of hydroelectric power.

They also won’t rule out the ‘low probability’ of having to ration electricity in the spring.

So far this year, far less electricity (11.6 TWh) has been produced in southern Norway than at the same time last year – 18 per cent less. In South-West Norway, the total production of adjustable hydropower last week was the lowest we have seen so far this year.

Collectively, this results in historically high electricity prices and a situation where, for the first time in many years, we cannot completely rule out a period of electricity rationing in the spring. But our professional authorities emphasize that the probability of this is low. -Minister of Petroleum and Energy, Norway

MUST READ: Statement from the Norwegian government on the electricity situation in the country (exports controls are coming, and for the first time, it flags risk of “rationing” in spring).

Only available in Norwegian, so link here is Google Translate: https://t.co/EIWY6I0wMy

“This is not something people can afford to pay,” said Morten Frisch, a Norwegian energy consultant based in the United Kingdom, in a statement to the Daily Telegraph, adding that the cost of energy in Norway has already risen between 10 and 20 times the price people were paying last year.

“When they run dry, they run dry, and it’s likely to take a minimum of three months, possibly six months, before they can be refilled by rain,” Frisch continued.

As Torkel Nyberg of OilPrice.com writes:

A cut in Norwegian power exports would be felt in Northwest Europe, which itself is grappling with issues at coal and nuclear power generating plants due to the low water level in rivers limiting coal supply via barges and warm river water unsuitable for cooling nuclear reactors.

As a result of these issues and the uncertainty over natural gas supply from Russia, power prices in Germany for the year ahead jumped to a record on Friday.

This summer’s dry weather across Europe has affected Norwegian hydropower, which accounts for 90% of Norwegian power generation. The remaining around 10% of the electricity supply in Norway comes from wind power.

Although Norway doesn’t use gas for power generation, Europe’s gas and energy crisis is felt there, too. In recent weeks, hydropower producers have been discouraged from tapping more water for hydropower generation to save water for the winter. Operators were also asked not to export too much electricity to the rest of Europe as reservoirs are not as full as in previous years, and not to rely on imports from Europe, which is struggling with energy supply. Some Norwegian utilities, including top electricity producer Statkraft, have followed the plea from transmission system operator Statnet not to produce too much electricity now.