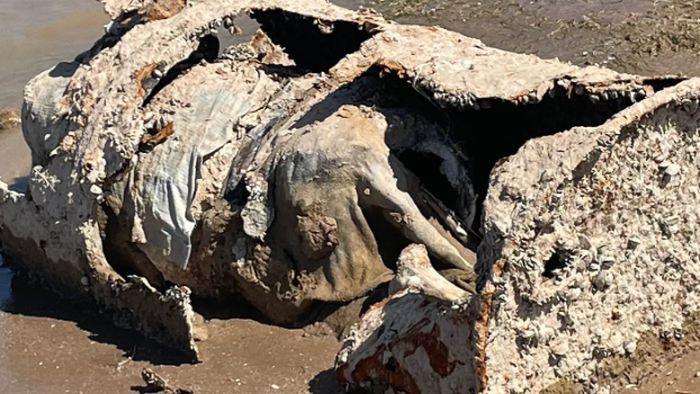 
Since May, the fourth set of human remains has been discovered at Lake Mead as water levels recede amid a severe drought.

The cause of death and the identity are a mystery, and no other details have been released by the rangers.

The Clark County Medical Examiner is currently determining the cause of death as the investigation is ongoing.

This is the fourth discovery of human skeletal remains at Lake Mead since May and probably won’t be the last as water levels drop.

The first body, discovered on May 1, was stuffed in a barrel, likely a murder victim who died “sometime in the mid-’70s to early ’80s, based on clothing and footwear the victim was found with,” according to a press release from the Las Vegas Metropolitan Police. Paddleboards discovered the second body on May 7 and the third on July 26.

As of Monday, Lake Mead’s water level was at 1,041 feet, approximately 173 feet below its level in 2000 when the great drought began.

“Continuing a 22-year downward trend, water levels in Lake Mead stand at their lowest since April 1937, when the reservoir was still being filled for the first time,” NASA wrote in a report last week. The U.S. space agency also released satellite images of the lake’s water level falling over time.

“We will likely find additional bodies that have been dumped in Lake Mead” as the water level continues to drop, Las Vegas Metropolitan Police Homicide Lt. Ray Spencer said in May.