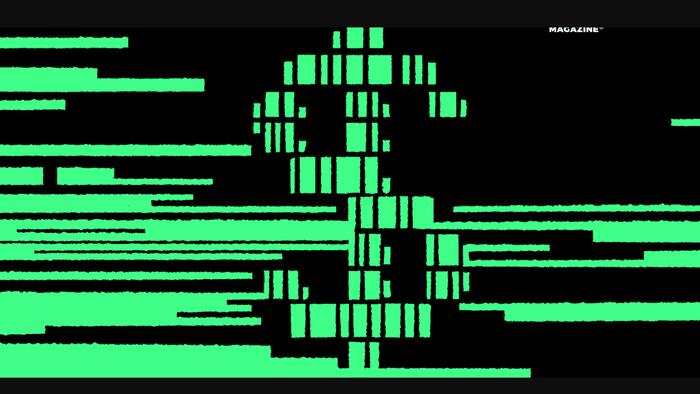 
Authored by Wes Craik via BitcoinMagazine.com,

CBDCs are a form of social control, while Bitcoin represents hope for a more equitable human future based on the universal constant of 21 million…

Central Bank Digital Currencies (CBDCs) will soon be operational in various countries and it’s important to note that they’re a form of money with intrinsic programmability. Rules can and will be set as to how these central bank liabilities can be spent. Over time, CBDCs are the elimination of cash and thus, private exchange. They are also the most “slippery slope” ever witnessed.

In the wrong hands, the ability to program money is horrifying and will be used to serve authoritarian ends to varying degrees. Picture China — a leading country in CBDCs — applying its dystopian social credit system directly to the digital yuan: allowing spending only on government-sanctioned goods and services, offering interest rates that hinder those unfavorable to the Chinese Communist Party (CCP) and providing money with expiry dates, forcing expenditure instead of savings.

Simply put, that is not money; it’s a central bank lever for economic influence and social control. It’s a means of energy exchange that provides the user very little optionality, which is highly undesirable and, in fact, somewhat antithetical to the concept of money itself. This is without mentioning that these currencies will simply represent already rapidly-debasing fiat notes which are actively siphoning off the stored life force of their users in order to fund government initiatives.

Thankfully, as the global population begins to grapple with these fundamental violations of both their privacy and property rights, they will have the option to store and transact their monetary energy using an international and incorruptible money governed by rules, not rulers — bitcoin — for the first time in history.

You can design a currency however you like, but you cannot force people to value it. The free market has historically been the one to seek and select a desirable currency when old ones have failed them. People instinctively gravitate toward more robust media of exchange when vulnerabilities or abuses of the current ones manifest with severity.

Gold has historically been the base-layer monetary asset that societies have used in most instances. It’s an easily identifiable and durable mineral that can be melted, divided and reconstituted with virtually zero loss. Gold is also relatively scarce in supply because its extraction and refinement requires immense kinetic proof of work. Its issuance is not arbitrarily dictated by a ruler or authority figure.

So gold checks a lot of the boxes! It’s relatively divisible, although it certainly has its limitations. It’s durable enough to transmit energy through time and its scarcity ensures it performs reasonably well as a store of value.

However, it has a scalability issue. Gold is difficult to transact with at scale and on a granular level. Both transporting and storing gold requires considerable power projection capability, “Lest the ROI [return on investment] for confiscating [it] prove too attractive for your local [barbarian] to ignore,” as Jason Lowery frames it.

Hauling gold coins around to buy milk is cumbersome and restricts the throughput of human exchange. We must note that human exchange is the basis of civilization, as it allows for the ever-scaling division of labor and specialization of craft that provides greater yield per unit of energy spent. This is why Layer 2 paper monies, which are supposed to be convertible for the economy’s underlying asset, were a breakthrough technology. Paper notes allow for far greater scale and granularity of energy exchange between humans with very little friction. This and the Medici family’s double-entry ledger system are two shining examples of money as an ever-advancing technology.

It’s when the supply of these paper notes or entries in private ledgers are abused and/or detached from a truly valuable underlying asset that the monetary supply becomes toxic. This has historically led to hyperinflation and the collapse of the currency.

Bitcoin is a base-layer monetary network that is more scarce than gold, having a clearly defined and unalterable finite maximum supply of 21 million. It is highly divisible, immediately verifiable with zero error and durable for the remainder of time. Its issuance schedule for the next approximately 118 years is known with certainty, after which no more will ever be issued. Bitcoin also has low or zero carrying costs and cannot be confiscated — even by way of violence — when stored correctly.

Interestingly, being the first and dominant digital object that’s tied directly to proof-of-work mining, bitcoin — the first and, so-far, only digital commodity — is actually the most lightweight real object that we have ever discovered, enabling permissionless transactions at near lightspeed with no intermediary. As Knut Svanholm notes, this weightlessness technically makes bitcoin “Element zero on the periodic table.” It also makes it capable of being the base-layer monetary asset for the digital age and beyond.

We have once again upgraded our rails of human energy exchange, but this time in a way where individual self-interest serves to embolden the property rights of everybody else. By attacking Bitcoin, you simply crystallize its defense and increase the potential energy of all of its users in real terms. Michael Saylor notes that Bitcoin is “antifragile.” As such, it incentivizes cooperation as opposed to coercion or attempted subversion. This mechanic is a key revelation that Bitcoin brings forth, one that Lowery calls “mutually assured preservation.”

Bitcoin represents hope for a more equitable human future based on our newly-discovered universal constant: 21 million.

Fix the money, fix the world.