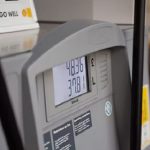 UK Braced For Inflation To Climb Above 13%

The Bank of England announced that it was raising interest rates to 1.75%, the largest jump in 27 years as it was reported that inflation will surpass 13% in October. While measures to curb inflation are arguably harmful to the average citizen and of benefit to those with little or no debts, the goal is to reduce the money circulating in the economy, and rising interest rates will certainly do that.

As such, this will lead to many asking the question how can I shield myself from high levels of inflation and high-interest rates? Investing in crypto is arguably one of the best, if not the best way to hedge against inflation. This is because the crypto markets have consistently outperformed the markets and inflation figures, earning you above-average returns on your investments. By doing so, you become richer whereas others who do not invest will see their savings lose value in relative terms because money currencies are inherently inflationary.

But this begs a further question which cryptocurrency to invest in to protect you from losing out from high inflation?

Ethereum Is A Better Hedge Against Inflation Than Even Bitcoin

Bitcoin (BTC) and Ethereum (ETH) are two legacy projects within the crypto world that have been used as the premier store of value. For Bitcoin, this is due to its relationship as the ‘Crypto Gold’ and Ethereum as the utility token for developing Web3 and the blockchain ecosystem.

Even so, when you utter the words crypto most will first think of Bitcoin, and rightly so given it was the world’s first cryptocurrency. However, even though many expect Bitcoin to surpass $100,000 in the near future, researchers at the University of Sydney suggest that Ethereum could be a better investment than Bitcoin and possibly the safest bet to continually combat inflation.

This is because the utility that Ethereum has to power the world of Web3 surpasses the intrinsic value that is associated with Bitcoin. ‘The Flippening’ is a phrase used by Ethereum evangelists to signal Ethereum overtaking Bitcoin as the number #1 cryptocurrency and in their minds is an inevitability. With Web3 continually expanding and more and more projects being built on the Ethereum network the possibility that this may happen sooner rather than later is a genuine possibility.

Nevertheless, when talking about hedging against inflation and outperforming the market both look like good long-term investments to protect you.

Outside of the larger market cap coins, alternative investments such as start-up RoboApe (RBA) offer investors the potential to earn stratospheric gains and even provide financial freedom. Investing in the right start-up within the presale stages provides life-changing money. For example, one user invested $7850 in Shiba Inu and this turned into over $5 billion.

Now, although it is extremely rare to see a return to those heights, the point behind investing in good early-stage protocols is clear and RoboApe could be exactly that.

RoboApe is a next-generation meme coin that looks to combine utility with the typical meme coin community to become a unicorn within the market. Through the RoboApe Academy, which is its educational hub to onboard new users, and RoboApe Esports, which is its gaming platform where RoboApe games will be developed alongside events and competitions commissioned where gamers will earn monetary rewards via the platform native token RBA, RoboApe can offer a range of products and services unheard of in the meme coin space.

Moreover, the platform is releasing an NFT marketplace where users can mint NFTs to receive virtual RoboApe cards that can also be traded or stored on the marketplace. The protocol aims to change the narrative around meme coins not holding utility and helping to enhance Web3 outside of merely building a community.

While as is the case with any early-stage token, nothing is guaranteed, and often rewards may take time to be realised, RoboApe could be one of the most exciting meme tokens of 2022.

Enjoyed this article? Here’s a link to similar content where you can learn more about RoboApe.

The post Inflation Is Expected To Surpass 13% This October. Here’s How RoboApe and Ethereum Can Protect You appeared first on .