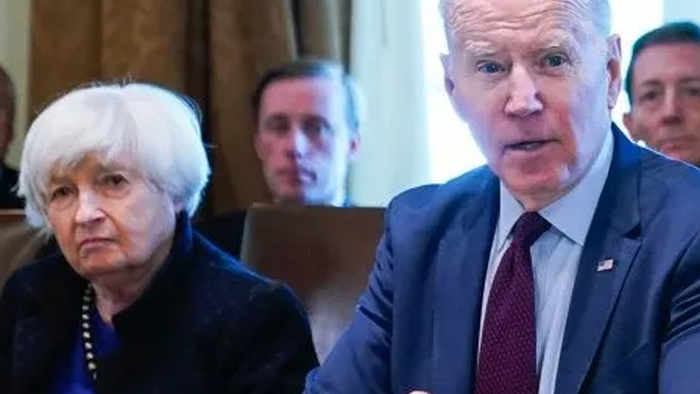 The dominos that are going to fall in response to this report could wind up absolutely torching equity markets. Here’s why:

But it won’t take that long for us to get said market collapse, in my opinion. As I wrote recently in an article about why lying about recession is only going to hurt markets, we are already in for a credit shock, regardless of whether the Fed feels emboldened by this new number.

As I also wrote last week, the Fed has hiked rates so quickly that the economy – with its record amount of outstanding debt – still has yet to catch up.

Friday’s job number is going to intensify and speed up this hiking, pulling even more hikes forward.

And so, over the next quarter or two, we’re going to see the real effects of the 2% worth of recent rate hikes that have already happened play out in the economy.

And as Zero Hedge pointed out last week, it’s coming at the worst possible time: as the personal savings rate has collapsed to 5.1%, its lowest since August 2008.

It is this delayed reaction that is, in my opinion, going to cause a repeat of December 2018’s market sell off. For comparison, the Fed hiked at nowhere near the current pace leading up to 2018. The hikes leading up to 2018 took almost 3 years to reach 2.25-2.5%.

This is why I believe an upcoming selloff will happen quickly and catch everyone off guard. After all, we have hiked to 2.25%-2.5% this time in just five months.

And again, this morning’s number means that rate hikes are going to accelerate for exactly the wrong reason.

What does a continued sharp rise in rates mean? It means even more sharp pain is going to – for lack of a better word – surprise the living sh*t out of the economy in coming months/quarters.

Another shock people could be in for is if the Fed decides to hold its nerve and doesn’t begin discussing a pivot. Language out of the Fed was perceived to be dovish the last two weeks, but then the Fed’s biggest dove, Neel Kashkari, was out making hawkish statements last weekend. Kashkari said last Sunday:

“We are committed to bringing inflation down and we’re going to do what we need to do. We are a long way away from achieving an economy that is back at 2% inflation, and that’s where we need to get to.”

I have to say, I was stunned by Kashkari’s comments. They indicate to me that even the most dovish of Fed members may still be posturing for a fight against inflation. If this becomes the case, the Fed pivot story immediately comes off the table, risk appetites have to re-adjust immediately, and there is still a very real case that the market needs to move 30%, or even 40%, lower than current levels based on the historical mean of the Buffett indicator.

Whether or not this happens all depends on how spineless the Fed is and how the government reacts to the first signs of real panic in markets. Judging by Democrats like Elizabeth Warren already lobbing criticisms at Jerome Powell for “crashing the economy”, I don’t think the Fed or the government has the nerve to sit back and watch it all burn down.