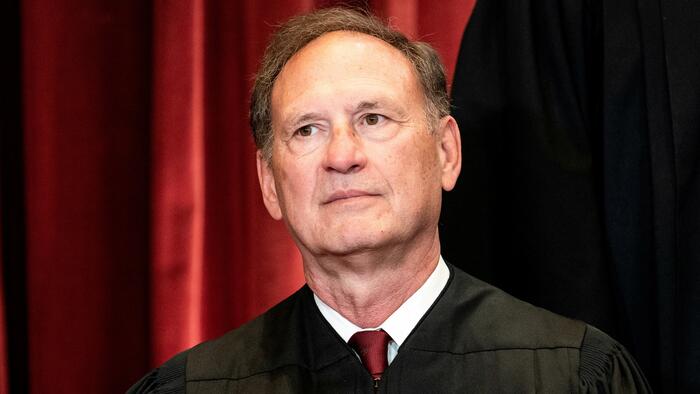 The rising threats against Supreme Court justices has been one of the most startling elements in our age of rage.  When Nicholas John Roske was arrested for the attempted murder of Brett Kavanaugh, many of the left were muted in their response and one group went ahead with a campaign to offer a bounty for any information of a conservative justice’s location in public– with an added payment if there is time for a mob to find them at the location. Yet, Vox senior correspondent Ian Millhiser seemed to cut to the chase by penning an obituary for Supreme Court Justice Samuel Alito. With people trying to kill justices, there seemed no concern how such “prewritten obituary” might fuel the fatal obsession of some like Roske in our society.

In a now-deleted tweet, Millhiser said that he had updated some of his “prewritten obituaries” gave his anticipatory remarks on the death of Justice Samuel Alito.

“Justice Samuel Alito, who died on XXXX, was not devoid of any positive traits. He was a skilled attorney and a highly effective advocate for conservative causes…

Had he spent his career as a litigator, he would almost certainly be remembered as one of the Republican Party’s leading Supreme Court practitioners…

The problem is that Justice Alito was, indeed, one of the Republican Party’s leading Supreme Court advocates – but he embraced this role while he was a sitting justice.”

The prewritten obituary clearly would delight those with a fatal fetish or unhinged fantasy of changing the Court through violent acts. Roske wrote on social media before his alleged attempted murder that “I could get at least one, which would change the votes for decades to come, and I am shooting for 3 all of the major decisions for the past 10 years have been along party lines so if there are more liberal than conservative judges, they will have the power.”

Most in the media were entirely silent after the postings by Millhiser. Yet, for some, there is a attitude with regard to liberal justices. Elie Mystal, who has written for The Nation and Above the Law, Mystal accused Sen. Josh Hawley of wanting to murder Justice Ketanji Brown Jackson because he questioned her about her sentencing rulings as a federal judge.

None of this means that Millhiser wants harm to come to Justice Alito.

He is a lawyer who has written books criticizing the conservatives on the Court including “Injustices: The Supreme Court’s History of Comforting the Comfortable and Afflicting the Afflicted” and “The Agenda: How a Republican Supreme Court is Reshaping America.”

Rather, it reflects a sense of license to engage in the most reckless rhetoric with regard to the conservative justices. Law professors like Berkeley Dean Erwin Chemerinksy have called the justices “partisan hacks” while others have supported targeting the individual justices at their home. Georgetown Law Professor Josh Chafetz declared that “when the mob is right, some (but not all!) more aggressive tactics are justified.” Most recently, the dean and chancellor of University of California Hastings College of the Law David Faigman questioned the legitimacy of the Court after the ruling in Dobbs v. Jackson Women’s Health Organization.

It is all protected speech but, when leading columnists start posting anticipatory obituaries, it is time from some self-reflection in the media. For Mark Twain, it was merely a problem that “the reports of my death are greatly exaggerated.” For Sam Alito, it seems that reports of his anticipatory death are greatly celebrated. That says a great deal of where we are and what we are becoming. If columnists and academics join this ragefest, we will become little more than rivaling mobs tearing apart our foundational institutions and values.