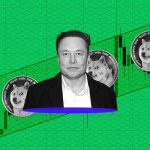 Elon Musk is the Dogefather of the meme coin Dogecoin (DOGE) in the highly volatile crypto market. Crypto investors have recognized Elon to be the most influential person to control the DOGE price on his own mood. He has an obsession with the meme coin since its launch in the crypto market. Dogecoin price is fluctuating and still keeping its position the same in the market owing to its father Elon. Recently, he shared a tweet on Twitter that his son, X, loves doges. The crypto market has again experienced a cryptic tweet from him and this led to the increase in the DOGE price with a boom! This shows that he has immense control over skyrocketing the demand for the meme coin Dogecoin tokens among crypto investors.

Elon Musk is a well-known CEO of SpaceX and Tesla in the global tech market. Still, he has an influential record in the global crypto market with Dogecoin or any meme coin. He utilizes the perfect time to post memes and cryptic tweets on his favourite meme coin during crucial times. He has the power to control the mindsets of crypto investors who are highly interested and invested in Dogecoin for years. Elon appreciates this meme coin because it was launched to be a joke against the popular cryptocurrency like Bitcoin and turned out to be one of the valuable cryptocurrencies.

Elon has introduced multiple real-life use cases for DOGE and created volatility for the meme coin. He has tweeted that his son, X AE A-XII, loves doge with the picture of his son as well as multiple Shiba Inu dogs — logo of Dogecoin. This tweet has led to the increase in Dogecoin price at an increasing rate of over 16%.

At the time of writing, the current DOGE price is US$0.6637 with a market cap of US$8.83 billion and a market rank of 11. Elon also has shown the matching haircuts of his son and the Shiba Inu dog to create a dramatic effect on the meme coin price. That being said, Elon Musk and his son has successfully pushed the DOGE price sharply higher in the highly volatile and fluctuating crypto market.