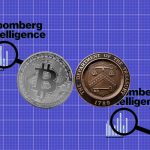 Experts from Bloomberg Intelligence are comparing Bitcoin and Treasury bonds and they have a lot of similarities.

The latest crypto market research from Bloomberg Intelligence has found the uncanny resemblance between Bitcoin (BTC) and United States Treasury bonds and gold. The authors suggested that macroeconomic influences such as the Federal Reserve’s monetary policies have resulted in similarities in Treasury bond markets and Bitcoin:

“Tightening markets and plunging global growth support the Federal Reserve’s shift to a ‘meeting by meeting’ bias in July, which may help pivot Bitcoin toward a directional tilt more like US Treasury bonds than stocks.”

They also added that a dump-following-pump nature of commodities and receding bond yields suggest an increase in the probability of bonds and gold and Bitcoin being buoyed as inflation decreases. Treasury bonds, often called T-Bonds, are long-term government debt securities issued by the U.S. Treasury Department. They have a fixed rate of return and maturity periods ranging from 20 to 30 years. The report noted that crypto markets reached their greatest-ever discount compared to the 100-week moving average in July. It added that it is “abnormal for Bitcoin to hold much below its 200-week moving average.” BTC is currently trading up 1.2% on the day at $23,1502 at the time of writing, having just reclaimed the 200-week moving average, which lies at $22,827. The analysts said that the fact that BTC was 70% below its peak at the start of August but still five times higher than its March 2020 low “shows its potential.”

They flagged the $20,000 zone as key support and that they expect a base is building, similar to the $5,000 level in 2018-19. The researchers concluded that Bitcoin had been one of the best-performing assets since its inception about a decade ago.

The post Bitcoin and Treasury bonds: Bloomberg Intelligence Says They are So Alike appeared first on .