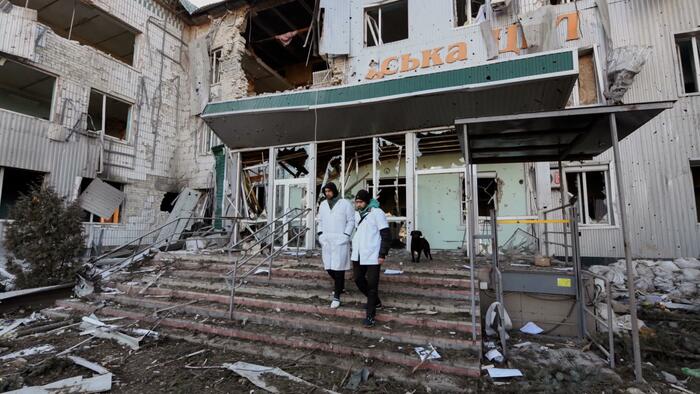 
Amnesty International has in a surprise shift placed its human rights scrutiny on Ukraine in a fresh report released Thursday. It immediately sparked a firestorm of criticism as both Western pundits and Kiev officials themselves blasted the findings as “unfair”.

The Amnesty report said investigators had “found evidence of Ukrainian forces launching strikes from within populated residential areas, as well as basing themselves in civilian buildings in 19 towns and villages” in three war-torn regions of the country from April through July.

The report detailed that schools and hospitals, as well as people’s homes, were put in harm’s way, suggesting ‘human shields’ type tactics utilized by the Ukrainian military.

The report detailed further that in 22 of 29 schools visited by an Amnesty team between April and July, investigators found evidence of prior military activity. Additionally, five instances of Ukrainian troops using hospitals as bases were documented. The report went so far as to stress Amnesty was “not aware” of instances where Ukrainian troops first tried to evacuate civilians from these locations.

Despite being under pressure to refrain from investigating the Ukrainian side and to not criticize it for human rights abuses, Secretary General of Amnesty International Agnès Callamard said in releasing the report:

“Being in a defensive position does not exempt the Ukrainian military from respecting international humanitarian law.”

Naturally, that so respected a premier human rights organization based in the West condemned these practices of the Ukrainian army resulted in backlash from Kiev leaders, as well as some Western pundits who went so far as to level the usual “Putin-sympathizers!” charge…

This report by @amnesty International is such a disgrace. It only amplifies the narratives of the Russian #propaganda targeted against #Ukraine. With this one, AI has hit the bottom. https://t.co/XUNywyYxTm

Ukrainian Foreign Minister Dmitry Kuleba was quick to blast the Amnesty report, saying, “I understand that Amnesty will respond to criticism by saying that they criticize both sides of the conflict. But such behavior on Amnesty’s part is not about looking for the truth and presenting it to the world, but about creating a false balance between the criminal and his victim.”

Other commentators said it was tantamount to “victim-blaming”…

“Blame the victim” false equivalency reflects the moral void at the heart of @amnesty. It’s a disgrace to people of conscience who value the protection of human rights. https://t.co/W49AnHeyl2

The Kremlin, meanwhile, said the report confirms what Russia has been saying for a long time. Spokesperson Maria Zakharova said, “We’ve been talking about this constantly, calling the actions of the Ukrainian armed forces the tactics of using civilians as a ‘human shield’.”