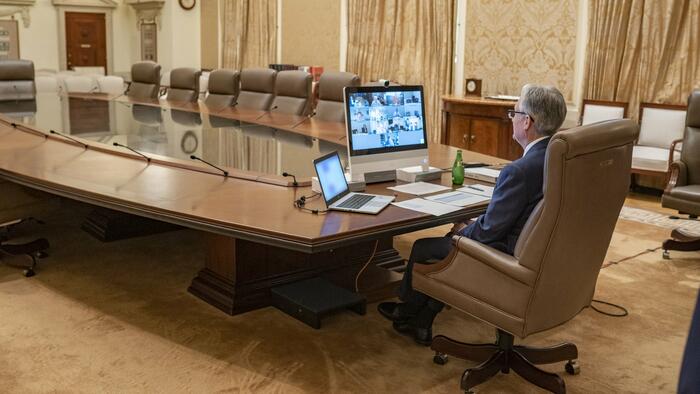 
By Alex Kimani of Oilprice.com

Over the past two months, the oil price rally has seriously lost momentum, with prices remaining range-bound as fears intensify that the global economy could be headed for a recession. Consequently, the highly-criticized energy inflation has cooled off, with U.S. gas prices having now dropped for more than 30 consecutive days.

But policymakers are now warning that cheaper oil and gas are unlikely to persuade the Fed to go easy on its aggressive rate hike regime. If anything, it might get even more aggressive as inflation continues running out of control.

Currently, there are no major economic indicators on the calendar, and the Fed is effectively in its blackout period ahead of the July 27 FOMC decision. However, the market has switched back to a baseline of a 75-basis-point hike, with the odds at 69% vs. 31% for 100 basis points, according to CME FedWatch, thanks to the latest inflation data. Last month, inflation in the United States hit a torrid 9.1% clip, the highest reading since 1981, once again exceeding expectations and raising the odds the Fed will continue its aggressive rate-hike regime in a bid to tame spiraling prices.

“We think 100 bps will be on the table on July 27, but data on real economic activity in June that were released after we published our forecast make the case for a supersized rate hike less compelling. These data reinforced previously published data that point in the direction of economic deceleration,” Wells Fargo has said.

However, Wells Fargo acknowledges that a 75-basis-point hike is a more likely outcome.

Indeed, a cross-section of policymakers, including Fed Governor Christopher Waller, as well as regional Fed Presidents Mary Daly, Loretta Mester, James Bullard, and Raphael Bostic have said that a 75-basis-point hike would be reasonable and still aggressive enough.

“We don’t want to make snap policy decisions based on some knee-jerk reaction to what happened in the CPI report,” Waller said in a Thursday press conference.

It is, therefore, likely that oil prices will continue trading in a narrow range as long as the Fed continues hiking aggressively, thus signaling recession risk and consequent demand destruction.

Over the past couple of weeks, the oil price rally has cooled off considerably, with crude currently hovering at $100/bbl from recent highs of $120/bbl largely on fears of a global economic slowdown.

Also weighing on the markets are fears of further demand destruction after Shanghai and some other Chinese cities started enacting fresh COVID-19 restrictions ranging from business shutdowns to broader lockdowns in an effort to control the spread of the latest Covid-19 variant.

The latest selloff has extended the energy sector’s losing streak and plunged it into bear territory for the first time in months. It has also reversed a recent trend where the sector was outperforming all other 10 market sectors to a situation where it’s underperforming virtually everything. The selloff has been so deep that prices have crashed all the way along the futures curve. For instance, Brent for December 2023 shed 8.8% on Tuesday to trade at its lowest level since March, almost as much as nearby prices. Market experts have also interpreted the slide as a sign that some oil producers have been selling longer-dated contracts to hedge their supplies. Although such volumes have so far been rather modest, they can still compound the pressure on nearby futures.

A brawny dollar has also depressed oil and commodity prices as the leading reserve and trade currency continues to be the world’s preferred safe haven during these turbulent times.

“Capital flooding into U.S. dollars, which has sent [the dollar] soaring… appears to be putting a headwind in front of commodity prices,” Colin Cieszynski, chief market strategist at SIA Wealth Management, has told MarketWatch.

That said, the closely watched physical oil markets that give important clues to supply-demand trends have largely remained unchanged, with supply remaining tight and demand still high. Physical barrels are still fetching huge premiums over their benchmarks, so much so that Saudi Arabia recently lifted its prices to Europe to a record just hours before the plunge in futures. Meanwhile, prices of diesel and gasoline remain well above crude, giving refineries a big incentive to buy barrels.