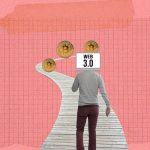 Web3 was supposed to save the internet. But looks like it has a long way to go.

Blockchain technology is something that has been gaining heavy momentum these days. One of the most special areas where it is speculated to show progress is the internet. While the majority of the global populace is trying to invent new ways to invest in blockchain and crypto, Web3 is about to emerge as the cornerstone of something bigger than the technology industry ever imagined. Web3 is the new breed of the internet that aims to become the decentralized version of the virtual world. Using this network, users can interact and collaborate intelligently without worrying about the central and data-specific repositories. Web3 strives for transparency, and the users will see endless resources, content, and agreements that will be accessible to all. Web 3.0 cryptocurrencies are decentralized projects that use smart contracts and automate transactions over the internet.

The web3 revolution will utilize decentralized protocols such as blockchain, the technology used to facilitate cryptocurrency transactions. By addressing the key issues of data ownership and control, it hopes to address some of the major setbacks and shortcomings of the current internet age. According to Tech Crunch, There’s no shortage of headlines about the onset of “crypto winter.” Amid a growing pile of bankruptcies, one of the buzziest startups in the business, the NFT marketplace OpenSea, announced a major layoff just today.

But does all glitters has to be gold? No, that’s why gaping holes appear in the Web3 vision. According to many technology experts, the alleged power of blockchains they want to harness — the immutable databases that underpin bitcoin and other tokens — to create a democratized internet where you control your data and are no longer reliant on the big tech giants. Web3, the argument goes, will allow you to “own a piece of the internet”. Naturally, the “decentralized” apps and organizations that operate in this brave new world are powered by crypto tokens: all you need to do is buy them.

Reality is way different than you thought, Web3 has become just the latest marketing term used to try to prop up and repackage the overlapping ideas of crypto, non-fungible tokens, and “decentralized finance”, which all seemed brilliant innovations until the whole market started to tank. No matter that blockchain — once touted as the solution to everything from corrupt elections to supply-chain fraud — has failed to live up to the hype and only proved its usefulness as the enabler of the crypto casino. This time will be different.

If you are interested here are some of the Web3 cryptocurrencies for you to buy:

LINK is a blockchain abstraction layer that enables universally connected smart contracts. Not only does it present the ideal combination of a project with the right technology behind it, but it also has enough resources for further development. The best part: Chainlink possesses an excellent community. Therefore, many crypto investors prefer Chainlink over other cryptocurrencies.

Livepeer is a decentralized video streaming network built on the Ethereum blockchain. It is secure and the most cost-effective participation of the various actors in the streaming ecosystem. It mainly addresses two goals — distribution of real-time video and encouraging network participation.

Flux aims to provide the groundwork for the developers to build out this new iteration of the web. One can develop Web3 applications and decentralized projects using Flux. This becomes especially efficient with the help of FluxOS — a decentralized operating system made just for Flux users.

Filecoin is like the filing cabinet for Web3. It is a decentralized storage network that serves as a secure alternative to centralized cloud storage and a passive way of making money. Filecoin can be used to store almost any type of data, be it audio files, videos, still images, or text. It also claims to be secure enough to store more sensitive information like private company information and records.

Investing in Kusama is like taking a detour via Polkadot and is set to carry out due to its proven records for the success of parachains. Just like DOT, developers compete to get a spot on the Kusama network through para-chain auctions. Experts consider Kusama a profitable short-term investment as the network is older and stronger.

The post Web3 will Take the Crypto Path soon and Nobody can Help It appeared first on .