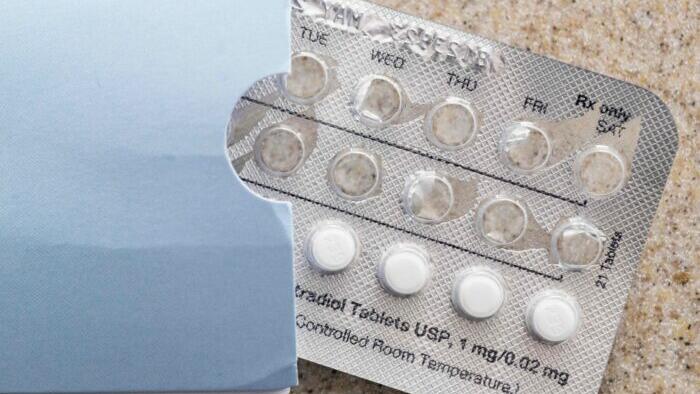 A drugmaker has asked U.S. regulators for approval for an over-the-counter birth control pill.

The pill would be the first one available in the United States over-the-counter (OTC) if the Food and Drug Administration (FDA) approves the application from HRA Pharma.

The progestin-only daily pill could be obtained without a prescription if approval goes through.

“This historic application marks a groundbreaking moment in contraceptive access and reproductive equity in the U.S.,” Frédérique Welgryn, chief strategic operations and innovation officer at HRA Pharma, said in a statement. “More than 60 years ago, prescription birth control pills in the U.S. empowered women to plan if and when they want to get pregnant. Moving a safe and effective prescription birth control pill to OTC will help even more women and people access contraception without facing unnecessary barriers.”

Many birth control pills contain both estrogen and progestin. But estrogen increases the risk of serious blood clots, leading more companies to develop pills with only progestin, a synthetic form of a hormone that works by preventing the release of eggs, according to the National Library of Medicine.

A number of large medical groups, including the American College of Obstetricians and Gynecologists, have in recent years called for regulators to allow access to birth control pills without a prescription.

The college in 2019 also said that access should not be restricted due to age.

The pill from HRA Pharma, Opill, has been used as a prescribed form of birth control for nearly 50 years after being approved by the FDA in 1973.

Perrigo, which bought HRA Pharma for about $2 billion in 2021, said that removing the prescription requirement for Opill “would improve access to a contraceptive method that is well tolerated and notably more effective at preventing pregnancy than all current methods available OTC.”

The move comes weeks after the U.S. Supreme Court struck down Roe v. Wade, giving states the power to regulate abortion without running afoul of the earlier Supreme Court ruling.

That’s triggered efforts from Democrats and health care groups to widen access to both birth control and abortion medications.

In advance of the decision—but after a draft of the ruling was leaked and published—Sens. Tim Kaine (D-Va.) and other Democrats introduced a bill that states the FDA should approve an application for an OTC birth control “without delay” if it is determined safe and efficacious. The bill also seeks to make sure women will be able to easily get a pill if one is approved.

“All Americans should have access to comprehensive, affordable health care, including over-the-counter birth control,” Kaine said at the time. “I’m proud to support this critical legislation that will empower women to make decisions that are best for their health, economic security, and future family planning.”