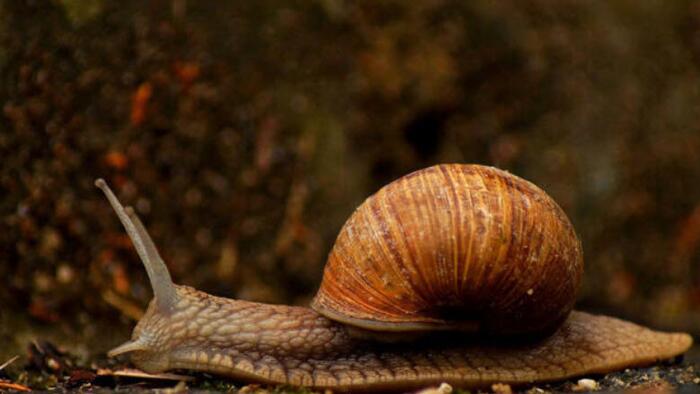 
Authored by Jeffrey Tucker via DailyReckoning.com,

Think for a moment of other failed experiments in human history.

One that comes to mind is the Bolshevik Revolution. Its leader, Vladimir Lenin, never really expected to take power, much less be put in charge of implementing the system he had spent a career promoting.

He was asked to speak to what communism would mean. He fished around and came up with the idea of electrification of Russia.

It didn’t work. In fact nothing worked. By 1920, electricity was even failing in Russia itself, and food shortages were everywhere. The experiment had already flopped and the workers and peasants were furious.

The answer was the “New Economic Policy” which liberalized the economy and bought the party time. The point is that the communist experiment had failed already, only two years in.

The issue of failing plans from elites has vexed rulers from time immemorial. We live in such times today, arguably on a larger global basis than ever. They said they would suppress a virus but everyone got it anyway.

Notice that no one has taken responsibility. No one has admitted error. Or more precisely, what people like Bill Gates say now is that their theory was fine and their plans were brilliant, but there were periodic missteps in judgment owing to a lack of information, but keep trusting them because they will get better at this.

Another tactic they are using is to claim that only now can we treat the Coronavirus like a normal pathogen because the new mutations, though more widespread, are also less severe. Fine. Except that with the mutations, the threshold for herd immunity is also rising.

We might have been done with this nonsense two years ago had we lived life normally. The FDA’s latest blather is designed to cover that up.

Also, you will notice that last weekend, the FDA put major new warnings on the J&J vaccine, as if it has uniquely dangerous adverse effects. They did this at the same time massive documents from Pfizer are being dumped all over the Internet, and they all show sketchy trial methods and very serious side effects.

The FDA’s announcement looks highly suspicious: like an attempt to seem scrupulous while letting the biggest offenders off the hook.

At least we aren’t going the way of China. Xi Jinping announced to the party congress over the weekend that he will tolerate no dissent against the zero Covid ideal. The pathogen will be crushed everywhere it appears.

China now (if you can believe the official data) has one of the lowest rates of infection of anywhere in the world. That means that another billion or so people still will get it, and that means rolling lockdowns for the duration.

If this really happens, the great promise of this great country will be torn down by the arrogance and crankishness of one single dictator. That’s a tremendous tragedy, one that will have a profoundly negative impact on the global economy for many years to come.

It’s almost difficult to keep up with the ongoing disasters taking place these days. Let’s talk about the impending shortage in electricity, the stuff we are all supposed to be using as a replacement for fossil fuels in the brave new world being created for us by our lords and masters.

Reports the Wall Street Journal, in a piece that went largely unnoticed:

California’s grid operator said Friday that it anticipates a shortfall in supplies this summer, especially if extreme heat, wildfires or delays in bringing new power sources online exacerbate the constraints. The Midcontinent Independent System Operator, or MISO, which oversees a large regional grid spanning much of the Midwest, said late last month that capacity shortages may force it to take emergency measures to meet summer demand and flagged the risk of outages. In Texas, where a number of power plants lately went offline for maintenance, the grid operator warned of tight conditions during a heat wave expected to last into the next week.

The risk of electricity shortages is rising throughout the U.S. as traditional power plants are being retired more quickly than they can be replaced by renewable energy and battery storage. Power grids are feeling the strain as the U.S. makes a historic transition from conventional power plants fueled by coal and natural gas to cleaner forms of energy such as wind and solar power, and aging nuclear plants are slated for retirement in many parts of the country.

In summary, another central plan born of arrogance and presence seems to be on the verge of complete failure, even to the point of blackouts, like a third world has experienced for many years. Green energy is becoming no energy. Zero emissions is becoming zero power.

Speeding the build-out of renewable energy and batteries has become an especially difficult proposition amid supply-chain challenges and inflation. Most recently, a probe by the Commerce Department into whether Chinese solar manufacturers are circumventing trade tariffs on solar panels has halted imports of key components needed to build new solar farms and effectively brought the U.S. solar industry to a standstill.

So here we see the combination of consequences of many different cockamamie ideas: tariffs, green energy policy, fiscal irresponsibility, plus money printing. Amazing. We have high inflation, the breakdown of global trade, plus a failed attempt to dial back fossil fuels and rely on wind and water. It’s absurd, and we could pay the price sooner rather than later.

If that weren’t bad enough, there are people raising alarms about an impending food shortage to complement the shortage of so much else. Plus we are less than three months away from the declaration of recession.

And while inflation has calmed down a bit for now, there is every reason to believe that it will kick back up again by late summer. This will give us a combination of inflation, recession, blackouts, and food shortages.

That’s a politically toxic mix, to say the least. And let’s add one more piece to the puzzle: weakened and falling financials. The terrible year seems ever less an aberration and more and more the beginnings of an enduring bear market in nearly everywhere.

This has even affected the crypto market, as large institutional investors have gotten squeamish about a technology they never understood but only embraced in hopes of return.

Looking back, there is nothing terribly surprising about any of this. It’s a consequence of safety culture and a belief that powerful, rich, and intelligent people can manage the world better than the rest of us. We’ve been here many times in history, and it has always foreshadowed a long period of suffering.

Lenin failed just as Gates, Powell, Fauci, and Psaki have failed. Few things are more dangerous to the future of humanity than a failed and humiliated ruling class that still possesses power. They cannot and will not admit error, so their only plan is to double and triple down on failure.

The term “scorched-earth” is usually used metaphorically. Maybe this time it will become real.