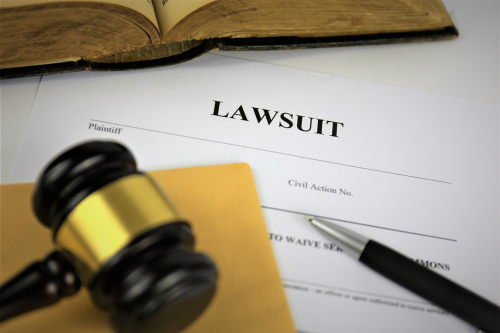 
Solana is one of the leading cryptocurrencies in the world, with a market cap of over $12 billion.

A Solana investor has filed a class-action lawsuit against Solana Labs and Multicoin, accusing the entities of violating securities law.

According to the class-action suit filed in California federal court last week, the companies behind the SOL cryptocurrency have been illegally profiting from SOL, adding that it is an unregistered security. The suit said;

“The cornerstone of the value of SOL securities is the sum of Solana Labs, Solana Foundation, and [Anatoly] Yakovenko’s management and implementation of the Solana blockchain.”

The investor described SOL as a highly centralised cryptocurrency and the insiders have benefited from it to the detriment of the retail traders.

The lawsuit was filed by Mark Young, who claimed he bought SOL in the summer of 2021. Young names Solana Labs, the Solana Foundation, Solana’s Anatoly Yakovenko, Multicoin Capital, Multicoin’s Kyle Samani and FalcoinX as defendants in the case.

According to Young, the way SOL was created and sold aligns with the three tenets of the Howey Test. Hence, he concluded that SOL is an unregistered security. The suit said;

“Purchasers who bought SOL securities have invested money or given valuable services to a common enterprise, Solana. These purchasers have a reasonable expectation of profit based upon the efforts of the promoters, Solana Labs and the Solana Foundation, to build a blockchain network that will rival Bitcoin and Ethereum and become the accepted framework for transactions on the blockchain.”

The investor indicated several sales of the SOL token or agreements to sell the tokens ahead of the public sale by some of the named defendants.

He added that Solana Labs filed a Form D with the US SEC informing the body that the company was selling “the future rights” to around 80 million SOL tokens.

Furthermore, the lawsuit accused Multicoin of aggressively promoting the SOL token despite Solana blockchain’s tech issues. Multicoin went on to offload millions of dollars worth of SOL tokens via the FalconX OTC desk.

SOL is up by more than 2% in the last 24 hours and currently trades above $37 per coin.