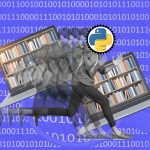 Python supports multiple paradigms other than usual functional and object-oriented, including structured, and more.

When you’re looking to build something, you want to be sure you have the right tools. In many cases, the choice of tools will decide your entire experience. Choose the wrong tools, and you’ll pay the price down the line. Your work may be slower, your competition may outpace you, or your end result may fall below expectations. Python programming can be used for practically anything: building web interfaces, analyzing big data, creating games, gluing together parts of the software suites written in other different programming languages, or being a more powerful shell scripting language. As for Python’s usability, its simple syntax and structure enable engineers with virtually any background to start python programming at an industry level very fast. Python supports multiple paradigms other than usual functional and object-oriented, including structured, imperative, and aspect-oriented programming. Rust is an open-source systems programming language that pays attention to speed, memory safety, and parallelism. Unlike in many higher-level programming languages, there is neither a garbage collection nor a virtual machine in Rust. Instead, Rust addresses known problems of long-established low-level programming languages such as C or C++.

Top Python Libraries to watch out

Pandas is a BSD (Berkeley Software Distribution) licensed open source library. This popular library is widely used in the field of data science. They are primarily used for data analysis, manipulation, cleaning, etc. Pandas allow for simple data modeling and data analysis operations without the need to switch to another language such as R. It is one of the best python libraries.

NumPy is one of the most widely used open-source Python libraries, focusing on scientific computation. It features built-in mathematical functions for quick computation and supports big matrices and multidimensional data. “Numerical Python” is defined by the term “NumPy.” It can be used in linear algebra, as a multi-dimensional container for generic data, and as a random number generator, among other things.

Keras is a Python-based open-source neural network library that lets us experiment with deep neural networks quickly. With deep learning becoming more common, Keras emerges as a great option because, according to the creators, it is an API (Application Programming Interface) designed for humans, not machines. Keras has a higher adoption rate in the industry and research community than TensorFlow or Theano. It is one of the best python libraries.

Rust Libraries to watch out

Serde is a feature-rich and performant generic serialization library. In fact, thinking about Java and .NET, don’t try reading/writing from/to files on your own, instead — write your data types first and make sure do all the work. As a bonus, you can mix and match the data format (YAML, JSON) after everything is done. It is one of the best rust libraries.

Rayon is a “data parallelism library for Rust” or in simple words, give it data and it will know how to split it into independent chunks and work all your CPU cores. Or even more simply, give it a list and it’ll parallelize a map over it, amongst other features. Extremely useful for CLI tools; not all languages are good with parallelism over the command line.

Slog is a very complete logging suite for Rust. It is a core followed by many plugins such as term for terminal output, json for JSON output, and more. You should know that there is also a log that aims to be part of standard Rust, and is a simpler alternative.

Hyper is a fast HTTP implementation written in and for Rust (as opposed to those written in C, that cover performance in dynamic languages). You’ll find hyper to be in almost every high-level library that you use, and if you use it directly, it feels a bit like Netty or Finagle.

PyO3 is one of the more popular libraries for building Rust libraries in Python (or is it Python libraries in Rust?). If you want to see a result of such a mix, here’s hyperjson — a JSON library for Python backed by Rust’s serde.

The post Python’s Usability and Rust’s Speed at Your Service, thanks to Libraries appeared first on .