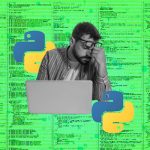 Self-teaching of python is not considered legit and here’s why.

Taking programming courses will help you to develop problem-solving, critical thinking, and complex analytical skills. Skills such as these are especially useful for specialists working with complex algorithms and big data to create instructions and understand design patterns. When it comes to a programming job, there is always a requirement for those who have a specialized degree in computer science/computer programming or a certificate in Python programming. Python is one of the most in-demand programming languages, and given the lack of qualified faculty, aspirants are teaching themselves the language to make a killing out of the abundance of job opportunities in the market for python developers. But what about self-taught Python? Why they are always considered noobs of the programming field? A Stack Overflow report mentions that around 60.1% of developers employed have taken an online course in programming and around 86.8 % have learned a language, framework, or tooling without any sort of formal coursework.

On average, it can take anywhere from five to 10 weeks to learn the basics of Python programming, including object-oriented programming, basic Python syntax, data types, loops, variables, and functions. In the end, though, how long it takes to learn Python depends on how much experience you have with programming languages, web development, data science, and other related fields.

The transition from A Newbie to A Programmer

If you are a Python developer, you can do some amazing things and build amazing programs. There is nothing wrong with working in Python. However, going from Python to (say) Haskell, Scala or C will feel like having to commute to work using a horse instead of a Ferrari Testarossa. Python is one of the programming languages that have a large number of libraries and optimized pre-built functions. This makes it great for scripting and you can solve some pretty common problems using a combination of these libraries and Stack Overflow (or to a lesser extent, Quora).

But if we take everyone else’s work and ideas away from the Python programmer, and they have to (for example) build and iterate list structures from scratch, they are usually lost. On the other hand, building list structures from scratch are something only a few people have to ever bother doing. It’s kind of like making fun of people who use Medium or WordPress instead of building their blogs from HTML.

One of the key benefits of studying computer science is the global opportunities that your degree can offer. Computer science graduates are in high demand all over the world. Whether you plan to launch your career in your home country and then travel or look for international roles straight after graduation, you will find plenty of job opportunities. Additionally, many computer science roles can be carried out remotely, meaning that you could work with colleagues and companies all around the world while still living in the country of your choice.

A computer science degree will equip you with a wide variety of skills, many of which are transferable to other lines of work and study. Studying computer science will help you to develop problem-solving, critical thinking, and complex analytical skills. Skills such as these are especially useful for specialists working with complex algorithms and big data to create instructions and understand design patterns. However, they are interchangeable and transferable to many professions, both inside and outside of IT.

There is Still Hope

Pursuing a degree or an online course is just one necessary condition, not a sufficient one. No, it doesn’t mean, you need to just drop out of your course and start learning everything on your own. You might end up as the first choice, unlike self-taught people who are chosen after a comparatively tougher process, which again depends on the company’s hiring culture and requirements. There is not good enough information on this question to answer definitively.

The post Why Do Self-taught Python Developers Can’t Go from Newbie to Programmer? appeared first on .