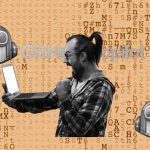 Software Freedom Conservancy (SFC), a non-profit organization that works toward free and open-source software (FOSS), called for developers to stop using Microsoft’s GitHub for it had developed an AI tool, Copilot, which it accuses of allowing code snippets written by other coders be reproduced. SFC’s license compliance engineer, in a blog post, came down heavily on Github for letting open-source code be copied without giving due credit. “We are ending all our own uses of GitHub, and announcing a long-term plan to assist FOSS projects to migrate away from GitHub,” they said. The move comes a week after Microsoft-owned GitHub released the commercial version of GitHub. SFC’s contention is that a tool built on the back of genuine programmers and not some code fetched from outsourced assignments is being used to mint big money. The riff between SFC and GitHub predates Copilot’s release; it has always been in lock with GitHub over making open-source code freely available. Copilot only added fuel to the fire and perhaps it would be a never-ending battle as legal implications apart, ethical and on whether code credit is necessary, needs deeper dissection and certainly taking this fight forward does not augur well for futuristic and pragmatic goals of the programming community.

Copilot is an AI tool trained on millions of code snippets, and natural language to act like a suggestion tool for coders. Microsoft, a company that invested around 1 million in AI research company, OpenAI in 2019 which was once a fierce advocate of copyrights is at the helm of Copilot’s development and commercial release. But the question remains whether copying code can be put under copyright radar, like in other artistic fields. Copying considered stealing with respect to coding is rather a contextual concept that only a seasoned programmer can decipher. When a programmer thinks a part of code is useful for his application, constituting only a part of the continuum, experts say it can be given a chance. Copying code can take different forms from simple copy-pasting to cloning the code to just taking the gist of the code sequence. While simply lifting the code and pasting in the project, without attribution is completely unacceptable, the rest of the methods can be pursued as long as it is done responsibly. In a StackOverflow podcast, the Google engineer, Anna Lytica beautifully explains how code can be copied to quickly produce functional prototypes.

Code cloning is reproducing the code in syntax or semantics akin to replica of a cog, because it fits exactly into your scheme of things. Code cloning is a matter of concern more on the side of the beneficiary, as it can significantly inflate the maintenance costs and induce bugs, and trigger inconsistent behaviour. Otherwise, majorly it should only be a concern from ethical point of view at the user’s end. In the year 2019, when it was found that US Airforce was using open-source software Kubernetes for its F-12 fighter planes, there was a huge uproar on Twitter. One tweet read, “Sometimes it’s really hard to justify working as a software engineer to my conscience”. The debate around whether cloning is good or bad should hit the wall at this particular point. Open-source code is developed to study, use and change the source code by anyone who needs it and quite often it is impossible to unsee something which is unique and functional. Unless in instances where it is put to unethical use, it should not be restricted. Caroline Ada Ehmke, a software developer from Chicago, to address this dimension of code crediting, created the Hippocratic license named after the Hippocratic oath to put restrictions on ethical misuse of open-source code. While keeping a check on crony capitalists and war mongers exploiting the good work of open-source programmers is the need of the hour, it is very much necessary to keep in view the need to democratise programming for the collective future.

The post Why Developers Demand to Kill Github’s Copilot? Is Code Credit That Important? appeared first on .