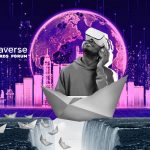 The Metaverse Standards Forum is a unique venue for coordination between standards organizations and industry, with a mission to foster the pragmatic and timely standardization that will be essential to an open and inclusive metaverse. As big tech is racing toward the development and adoption of extended reality, the debut of the metaverse is nigh. On June 21, 2022, brands gathered together for the founding of the Metaverse Standards Forum. On board are 37 members, including Meta, Microsoft, Nvidia, Adobe, Epic Games, Qualcomm, and more that are leading the development of interoperability standards to drive the growth of the metaverse. The idea is to build open and interoperable standards for metaverse experiences. According to tech companies and experts, the metaverse is going to be a futuristic virtual world that we all spend our lives in, shopping, playing, and socializing.

Industry-leading computer graphics card maker NVIDIA brings forth expertise in 3D simulation and artificial intelligence to attract developers to explore the continuity and immersive experience the open metaverse introduces. The Metaverse Standards Forum is aimed at what Trevette refers to as “connectivity and spatial computing”: essentially, the connection and interaction between real-world objects and virtual worlds. This can include everything from technology like digital twins—virtual, industrial environments that mirror the real world, used to study or test things that would be impractical to test in real life—to, well, videogames.

EarthID which identifies itself as a global Identity management and digital know-your-stakeholders (KYS) Platform has recently announced that it has joined the newly formed Metaverse Standards Forum (MSF). EarthId is an award-winning Decentralized Identity Management platform that allows secure and frictionless exchange and verification of identity information.

According to Business Today, the MSF was formed when multiple industry leaders understood that the potential of the metaverse will be best realized if it is built on a foundation of open standards. The forum is headed by the Khronos Group, a non-profit consortium working on augmented reality, virtual reality, artificial intelligence, machine learning, and more.

A company release said: “Interoperability and open standards will hold the key to adopting metaverse-based ecosystems. We at EarthID, have joined the forum to drive frictionless adoption of Web3.0 and metaverse use cases by contributing to building open standards in identity access management and privacy-preserving technologies.”

The decentralised identity platform also highlighted its other associations in India via which it is working on real-life applications of the metaverse. They highlighted: “We have also forged a partnership with Mindtree in India and continue to engage with consulting firms in India to co-create innovative metaverse use cases.”

Interoperability is the driving force for the growth and adoption of the open metaverse. Hence, the Metaverse Standards Forum aims to analyze the interoperability necessary for running the metaverse. More than 30 companies took up their respective posts as founding members of the forum. Game developers, architects, and engineers are mere clicks away from building the next cutting-edge metaverse project with artificial intelligence and advanced hardware. Setting interoperability standards with consideration to available technology is crucial to the mass adoption of the metaverse.

Similar to the Metaverse Standards Forum, some key players are missing from the Oasis Consortium, like Meta. And in the past, groups like this have become smaller and smaller once internal conflict inevitably arises. The Metaverse Standards Forum is led by the Khronos Group, a nonprofit consortium working on AR/VR, artificial intelligence, machine learning, and more. Khronos has already tried to set a standard for VR APIs with its similarly named VR Standards Initiative in 2016, which included companies like Google, Nvidia. Epic Games and Oculus, which is now part of Meta.

The post Metaverse Standards Forum Makes Data Interoperable but Only for Big-Tech appeared first on .