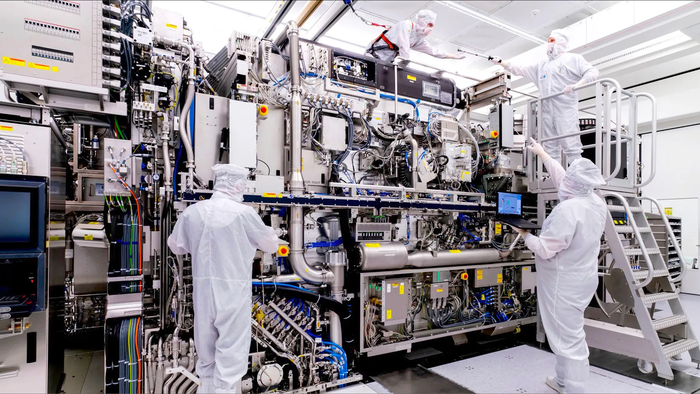 Bloomberg first reported Washington’s recommendation to Dutch chip equipment maker ASML Holding NV to halt selling some of its older deep ultraviolet lithography, or DUV, systems. Even though these machines are one generation behind cutting-edge, they can still make high-tech chips for automobiles and consumer electronics.

Responding to the Bloomberg report, Chinese Foreign Ministry spokesman Zhao Lijian criticized Washington on Wednesday for “technological terrorism” as both countries are locked in a chip race.

“This is yet another example of the US practice of coercive diplomacy by abusing state power and wielding technological hegemony. It is classic technological terrorism … This will only remind all countries of the risks of technology dependence on the US and prompt them to become independent and self-reliant at a faster pace,” Zhao told a regular news briefing Wednesday in Beijing.

If the Netherlands agrees, it will significantly increase the type of chipmaking equipment now prohibited for export to China.

Meanwhile, the writing was on the wall. Amir Anvarzadeh of Asymmetric Advisors said, “Chinese chipmakers have been hoarding second-hand equipment since the Trump era.”

Anvarzadeh said banning the most advanced machines was “clearly not enough to halt China’s advancement in semiconductors, especially since much of the chips used for defense purposes are using geometries that were far less advanced.”

Since the Trump-era tariffs on consumer goods and export curbs on semiconductor chips and equipment for Chinese firms — China has been the biggest buyer of chipmaking gear in the last two years.

The move by Trump to begin the curbs has been continued under the Biden administration, showing a much larger issue of America’s survival and worry about China catching up in the chip race.

Evercore ISI analyst C.J. Muse (outperform) says the most likely outcome is continued restrictions on extreme ultraviolet lithography technology, but a full ban of ASML’s DUV portfolio may not materialize

Citi analyst Atif Malik says more focused restrictions, such as curbing sales of US tech to SMIC, more likely than a broad-based ban

Degroof analyst Michael Roeg (buy) says the discussion is not new, “yet it can easily scare investors”

If ASML halts semiconductor equipment exports to China on behalf of Washington, the US must be prepared to accept the consequences.