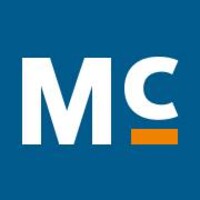 Major U.S. drug distributors McKesson Corp., AmerisourceBergen Corp., and Cardinal Health Inc. are not responsible for fueling an opioid epidemic in a part of West Virginia, a federal judge ruled on Monday.

U.S. District Judge David Faber rejected efforts by the city of Huntington and Cabell County to force the country’s three largest pharmaceutical distributors to pay $2.5 billion to address a drug crisis prompted by a flood of addictive pills in their region.

Following a months-long trial that ended last year, Faber said the companies did not cause any oversupply of opioids, saying doctors’ “good faith” prescribing decisions drove the volume of painkillers they shipped to pharmacies.

While the companies from 2006 to 2014 shipped 51.3 million opioid pills to retail pharmacies in the communities, “there is nothing unreasonable about distributing controlled substances to fulfill legally written prescriptions,” Faber wrote.

“The opioid crisis has taken a considerable toll on the citizens of Cabell County and the city of Huntington,” he wrote. “And while there is a natural tendency to assign blame in such cases, they must be decided not based on sympathy, but on the facts and the law.”

Steve Williams, Huntington’s mayor, in a statement called the decision “a blow to our city and community.” The city had sought to force the companies to help fund opioid treatment programs.

The companies welcomed the ruling, which AmerisourceBergen said struck down the notion that the distribution of U.S. Food and Drug Administration-approved drugs to licensed health care providers could be deemed a public nuisance.

Cardinal Health and McKesson in separate statements said the distributors had maintained systems to prevent the diversion of opioids to illicit channels.

More than 3,300 lawsuits have been filed, largely by state and local governments, seeking to hold those and other companies responsible for an opioid abuse epidemic linked to more than 500,000 overdose deaths over the last two decades.

The distributors, along with drugmaker Johnson & (J&J) JNJ.N, last year agreed to pay up to $26 billion to resolve the thousands of lawsuits brought against them by state and local governments around the country.

But communities in hard-hit West Virginia opted against joining a national opioid settlement in favor of seeking a bigger recovery. Another trial pitting the distributors against West Virginia communities begins Tuesday in state court.

Monday’s ruling adds to the mixed record for opioid cases that have gone to trial nationally, with courts in Oklahoma and California last year rejecting similar claims against drugmakers like J&J.