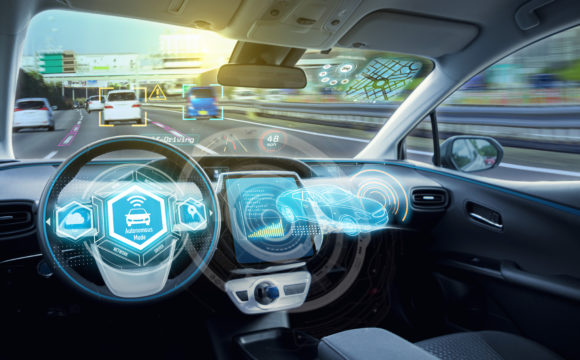 The new head of the government’s road safety agency says it will intensify efforts to understand the risks posed by automated vehicle technology, so it can decide what regulations may be necessary to protect drivers, passengers and pedestrians.

In an interview Wednesday, Steven Cliff, who was confirmed last month as head of the National Highway Traffic Safety Administration, said the agency is assessing crash data recently reported by automakers and tech companies.

Any new regulations NHTSA may impose would fill what critics say is an urgent need to address the growing use of driver assisted systems on U.S. roads. The systems have been linked to crashes involving deaths and serious injuries, though they also have enormous potential to prevent crashes. There are no federal regulations that directly cover either self-driving vehicles or those with partially automated driver-assist systems such as Tesla’s Autopilot.

Before developing any new federal standards, Cliff said, NHTSA wants to to better understand how driver-assist and autonomous technology should perform.

Cliff spoke Wednesday to The Associated Press in his first on-the-record interview since being confirmed by the Senate.

He said that when he first joined the agency in February 2021, he was surprised to discover that NHTSA had no data on automated vehicle crashes. As a result, Cliff said, he challenged the agency to require such reporting. Last month, NHTSA released data from July 2021 to May, concluding that automated vehicles were involved in nearly 400 crashes.

Cliff cautioned that while he believes federal standards are needed to regulate driver assisted technology, he wants to avoid rushing to embrace new rules that might potentially end up compromising safety.

“Any time we put a regulation on the books, we have to define not only what standard that technology needs to be held to, but we need to have an objective way to measure the performance of the system to ensure that it actually complies with the regulation,” he said from his office at the U.S. Department of Transportation’s headquarters in Washington.

The agency, Cliff said, is also working on performance standards for automatic emergency braking, which it plans to require on all new passenger vehicles and heavy trucks. The braking systems, which can detect and stop for pedestrians, other vehicles and obstacles, show great potential to help stem rising traffic deaths in the U.S., he said.

NHTSA, he said, will set metrics for how the braking systems detect objects to ensure that the systems respond appropriately.

“That’s part of any of the standards that we put in place,” he said.

Cliff declined to discuss any details of regulations that might be forthcoming.

“It’s important for us to take the data that comes from those incidents, better understand it in an engineering context,” he said. “I think it’s important to move quickly, but not so fast that we’re getting it wrong.”

Of the nearly 400 crashes that were reported by manufacturers, Tesla had more than all other automakers combined. But Cliff noted that Tesla has driver assisted technology operating on nearly all of its roughly 830,000 vehicles on U.S. roads, which makes neat comparisons to other automakers difficult. The company also provides nearly instantaneous wireless reporting of crashes, so it receives data faster than other automakers.

Since Cliff’s arrival, the agency has stepped up enforcement efforts aimed at Tesla, including a push for a dozen recalls since the start of 2021. The agency is investigating why Teslas working on Autopilot seem to crash into emergency vehicles parked along freeways. And it has received more than 750 consumer complaints involving Teslas breaking unexpectedly for no apparent reason.

At the same time, Cliff added, Tesla as been cooperative with NHTSA since his arrival at the agency.