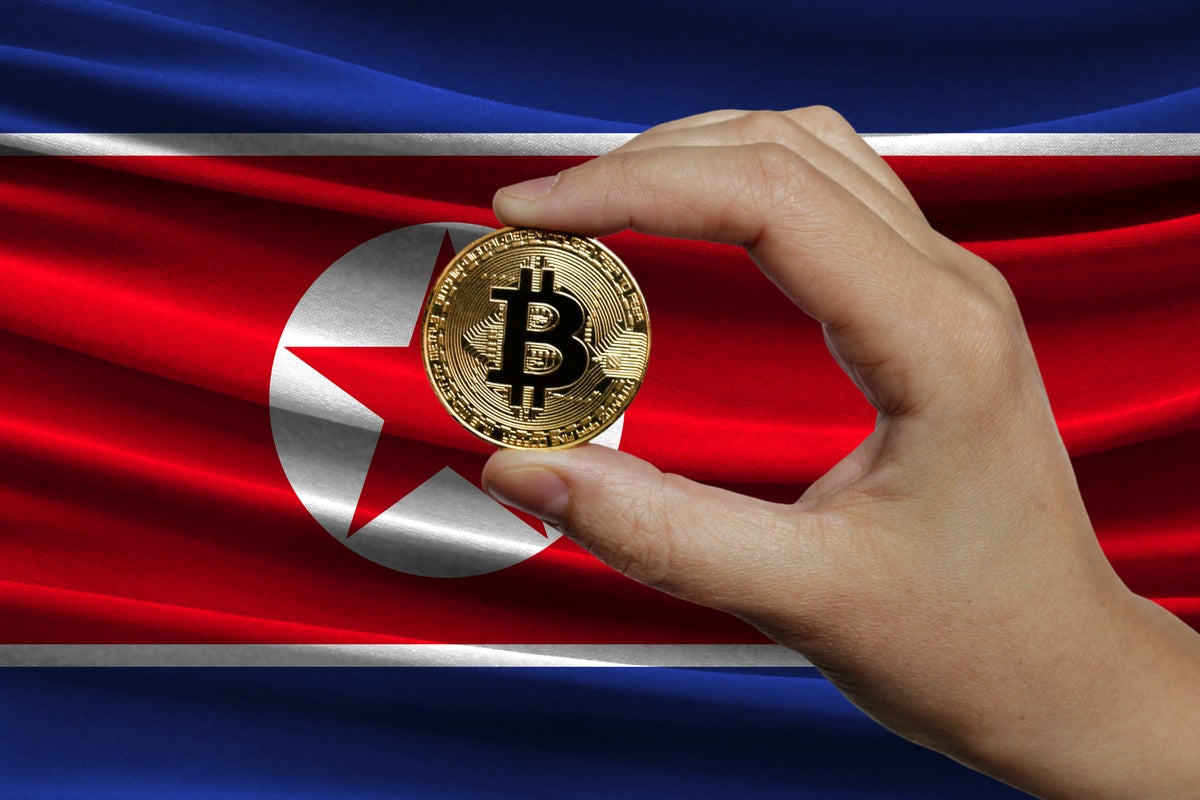 A plunge in the prices of cryptocurrencies has dwindled the value of digital coins stolen by North Korean hackers, potentially denting a key source of funding Kim Jong-Un would require to fund his ambitious weapons programs.

What Happened: The recent cryptocurrency crash is hampering efforts of the Hermit Kingdom to cash out its stolen digital assets, and could affect the funding of its weapons programs, Reuters reported, citing two South Korean government sources.

North Korea reportedly converts cryptocurrencies into Bitcoin BTC/USD and then looks for brokers who will purchase it at a discount in exchange for cash that is held outside the East Asian nation.

Blockchain data platform Chainalysis said that North Korea uses tools for pooling and scrambling cryptocurrencies in its attempts to launder the digital assets, as per the report.

However, the size of North Korean hacks, especially recently, has emerged as a dampener in the country’s efforts to convert cryptocurrencies to cash quickly, according to TRM Labs analyst Nick Carlsen, Reuters reported.

North Korea’s embassy in London reportedly described news of the country’s involvement in cryptocurrency hacking as “totally fake news.” A person who identified himself as a diplomat to Reuters said, “We didn’t do anything” and labeled such allegations as U.S. propaganda.

Why It Matters: North Korea is subject to international sanctions over its nuclear program, which limits its access to global trade and makes cryptocurrency heists more attractive, noted Reuters, citing investigators.

Cyberattacks are “absolutely fundamental” to North Korea’s ability to evade sanctions and raise money for its nuclear and missile programs, according to Eric Penton-Voak, a coordinator of the United Nations panel of experts responsible for monitoring sanctions.

In 2019, North Korea generated an estimated $2 billion from cyberattacks for its weapons of mass destruction program, according to Reuters.

In April, The Federal Bureau of Investigation accused two hacking groups operated by North Korea of being responsible for a $620 million cryptocurrency heist that attacked the Ronin Network, which supports the blockchain-based game Axie Infinity (AXS).

That hack would be worth $230 million if carried out today, but North Korea reportedly swapped almost all of the funds for Bitcoin.

Chainalysis said North Korea’s old unlaundered cryptocurrency holdings, spanning 49 hacks from 2017 to 2021, have declined to $65 million from $170 million since the year began.

Since the year began, Bitcoin and Ethereum ETH/USD have plunged 57.3% and 69.5%, respectively.

Read Next: Kim Jong-Un Braces For Another Jolt To North Korea Economy Due To Anticipated Floods

Photo via Millenius on Shutterstock