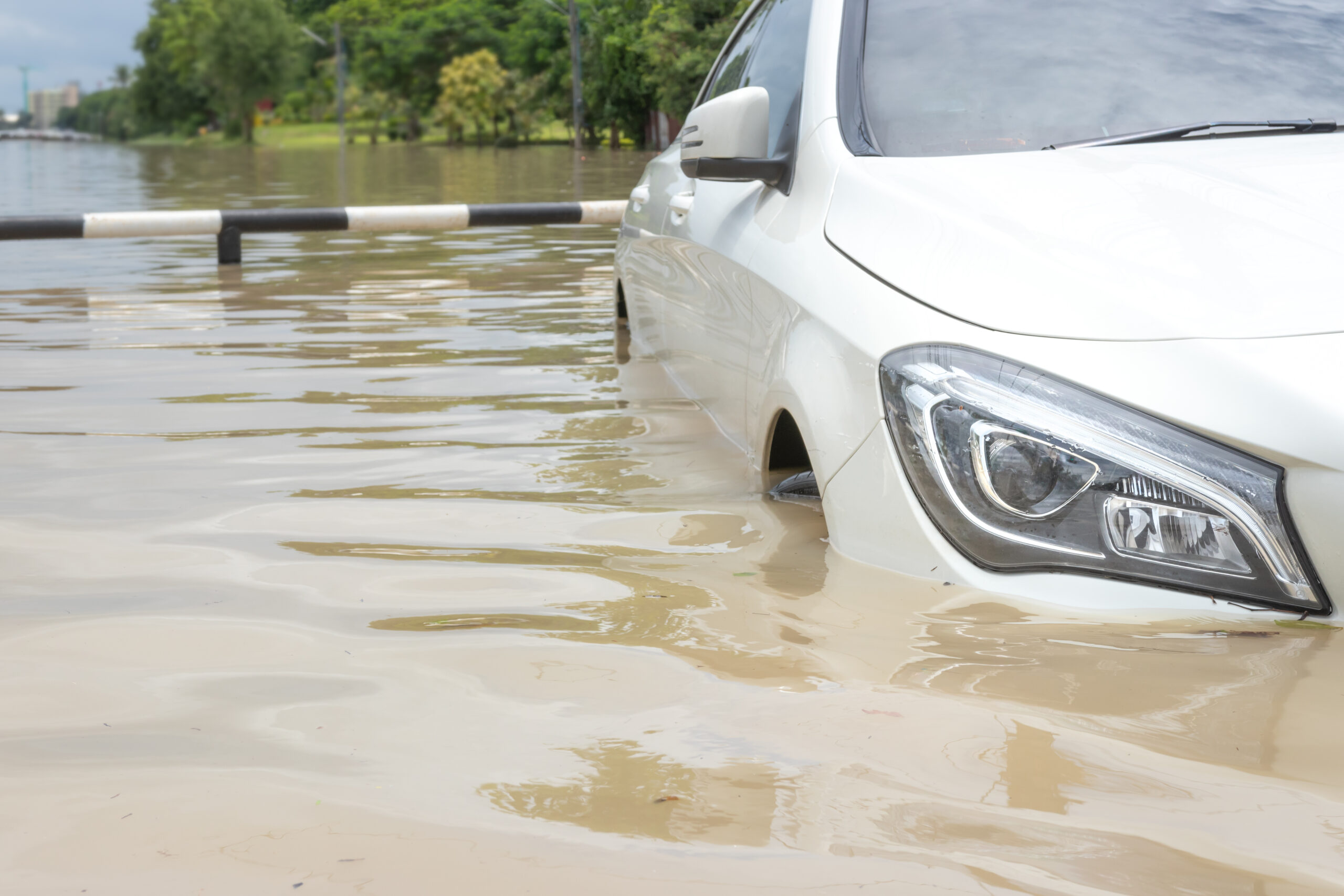 This content first appeared in BRINK. BRINK is supported by Marsh McLennan Advantage and managed by Long Dash. It is republished here with permission.

Flooding is the most pervasive among natural disasters. According to the Zurich Flood Resilience Alliance, floods affect more people globally than any other type of natural hazard and cause some of the largest economic and human losses. As highlighted by the Marsh McLennan Flood Risk Index, climate change will exacerbate flood risk in most countries, leaving an increasing number of people and assets exposed. Disadvantaged groups are the most affected by flooding and the least able to recover.

In this interview, Swenja Surminski, head of adaptation research at the Grantham Research Institute on Climate Change and the Environment (London School of Economics and Political Science), discusses what strategies can be adopted to break the vicious cycle of flood risk and inequality.

Surminski: Growing flood risk underpins the urgency of climate action. Since 1980, floods have caused over 250,000 casualties and led to economic damage exceeding $1 trillion, accounting for 40% of total natural catastrophe losses. Tackling climate change is a defining challenge for the next decade and beyond. It will take extensive planning and far-reaching change, but it also presents a new opportunity to create the kind of future we want to see, as we transform our society to achieve the goal of net zero emissions by the middle of this century. However, our efforts to wean the world from fossil fuels is made much harder by the changing climate itself: Accelerating climate change means it is becoming more difficult to adapt to its worst impacts.

Floods and other natural catastrophes also have a huge carbon footprint associated with recovery and reconstruction. They are detrimental to sustainable development but also to our net-zero ambitions. It is essential that we do all we can to keep risks at a manageable level, while finding solutions for those who are impacted. And you don’t have to get your feet wet to be affected by a flood: local or regional events can have implications across the world through supply chains, infrastructure and transport networks.

Why is flood risk increasing?

Surminski: The human and economic costs of flooding are growing due to climate change, the increasing concentrations of people and assets in at-risk areas, and the rising vulnerability of affected populations, communities and systems. Climate change is exacerbating flood hazard, but it is not the only factor at play. Our decisions about where and how to build, what and how to produce or grow often leave us more exposed to flooding. Vulnerability is also increasing, driven by lack of resilience strategies, policies, and investments. The world would experience floods in the absence of climate change — but with a changing climate this is turning into a costly problem for many, and an existential threat for some.

The latest IPCC report on Impacts, Adaptation and Vulnerability warns that climate change is outpacing adaptation efforts, and that inequality heightens vulnerability to climate risks. Why are disadvantaged communities more severely impacted by natural disasters?

Surminski: This is the first IPCC report that explicitly mentions the link between climate change and inequality. It also discusses how addressing socioeconomic disparities is critical for adaptation. The impacts of climate change are unevenly distributed across systems, regions, and sectors. Flooding disproportionately affects the most vulnerable, both in high- and low-income countries. It exacerbates inequalities and creates poverty traps. Poorer communities are at a disadvantage in coping with climate shocks, as the ability to recover is often correlated with income levels.

People in these communities are less likely to be protected by insurance, and they are more likely to lose their livelihood in the wake of a disaster. Early findings from one of our studies in Indonesia, for example, indicate that job losses after a flood event tend to affect mostly low-skilled workers and particularly female employees.

People with a lower income also have fewer options for moving away after a disaster hits. We see this already in many places around the world — and climate change will make this worse. A study I coauthored shows that homes in economically struggling neighborhoods in England and Wales are more likely to be threatened by flooding as climate changes, while their capacity to adapt and to become flood resilient are more limited than in more affluent areas.

In your research, you highlight that rising flood risk and socioeconomic trends will have implications on affordability of insurance, public and private spending on adaptation, and urban planning. Is there a risk of reaching dangerous tipping points?

Surminski: Yes. My team at the LSE worked with the Bank of England on the 2021 Biennial Exploratory Scenario on financial risks from climate change: We analyzed the possibility of a significant increase in mortgage defaults and foreclosures triggered by large-scale flood events, alongside emerging hotspots of uninsurability.

Initial results indicate that without significant action to address cause and effects of climate change, flooding will create particular challenges for those households and businesses that are already vulnerable. Banks and insurers may pass on rising costs to customers, making access to finance impossible for some.

Globally, coastal areas are particularly exposed, with sea level rise already putting many people at risk of displacement. Loss of land to rising waters does not only impose severe economic costs on communities, but also impacts their social fabric and cultural heritage. About 230 million people now occupy land less than 1 meter above current high tide lines. Communities, businesses and individuals can become more resilient, but not everything can be saved. It is increasingly urgent to design and fund managed retreat and relocation plans, both in high- and low-income countries, in a fair and equitable way. This poses challenges for policymakers who see little incentives in taking early action. We can also expect more frequent out-migration following flood events.

What are the critical steps to protect the most vulnerable?

Surminski: We need to promote a culture of resilience. There is a huge imbalance in global funding committed to natural catastrophes, with 85% of the money flowing into disaster response and reconstruction, and only 15% invested in adaptation and prevention. We need to dedicate more efforts to building resilience. Adapting to rising flood risk requires a holistic approach. A flood wall or an innovative insurance product alone is rarely going to make a significant difference unless it’s part of broader financial, physical, natural and social interventions.

I am currently working with the InsuResilience Global Partnership on identifying how best to link risk transfer and wider resilience efforts. It is clear that nature-based solutions and new risk financing tools will play an increasingly important role in building resilience. One example is the Restoration Insurance Service Company (RISCO) in the Philippines, a social enterprise engaging in mangrove conservation and restoration in partnership with local communities. RISCO aims to generate revenue by quantifying the benefits of flood risk reduction efforts, and by monetizing the value of climate mitigation effects of mangroves through carbon credits. Insurance companies are ready to pay an annual fee for these services.

Access to data, analytical tools, and modeling capabilities play a critical role in strengthening flood resilience. This renders public-private partnerships essential. While the private sector has much to offer in terms of finance, physical assets, and innovation, governments can enhance the integration of data and analytical capabilities as well as promote resilience initiatives from the private sector.

A study you have recently coauthored highlights the role that communities can play to reduce risk. How can participatory methods incentivize flood risk reduction, and how can communities benefit from such initiatives?

Surminski: Decisions that affect flood risk and resilience are often made at the national level, yet the impacts of flooding are felt most immediately by communities. Public policies, regulations, and corporate strategies often consider resilience as one-dimensional — a set of either financial or physical responses. In times of dynamic and more complex risks, however, it is important to develop a multi-faceted approach to resilience, also based on the understanding of how the benefits of risk reduction interventions can be realized even in the absence of a disaster.

This is the mindset behind the Triple Resilience Dividend, a new analytical framework I developed with the World Bank and the ODI to enhance the economic case for investing in disaster risk management. Investments in adaptation and resilience do not only limit human and economic losses caused by natural catastrophes. They can also have short- and long-term positive effects by stimulating economic activity in a lower-risk environment and by generating additional social, economic, and environmental co-benefits.