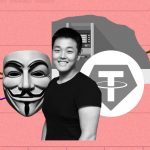 Terra Luna crash and the controversy around it are not dying anytime soon. Recently, hacktivist collective Anonymous has vowed to “make sure” Terra Co-founder Do Kwon is “brought to justice as soon as feasible.” On Sunday, a video allegedly made by the hacker collective Anonymous rehashed a long list of Kwon’s alleged wrongdoings. This includes withdrawing US$80 million per month from UST and LUNA before the latter’s collapse and his part in the demise of the stablecoin Basis Cash. Disaster struck the CEO of Terraform Labs, Do Kwon, when the Terra blockchain (LUNA) witnessed a crash that was unforeseen by him. It resulted in pushing down the UST, Terra’s stablecoin to the lowest depth.

Do Kwon is reported to have co-founded the latter in late 2020 under the alias “Rick Sanchez.” The video message said, “Do Kwon, if you are listening, sadly, there is nothing that can be done to reverse the damage that you have done. At this point, the only thing that we can do is hold you accountable and make sure that you are brought to justice as soon as possible.”

Originating in 2003 on 4chan, Anonymous is a decentralized international activist collective known for orchestrating cyber-attacks against government institutions, agencies, private corporations, and even the Church of Scientology.

In June 2021, the same YouTube channel aimed at Tesla CEO Elon Musk for allegedly “destroying lives” using his clout and influence on Twitter to play with the crypto markets. The video has around 3.4 million views as of Monday.

It is worth noting that there are multiple YouTube channels that either claim to be affiliated with the hacker group Anonymous. However, there is a general consensus that there is no official YouTube channel for the group, given its inherent decentralized and anonymous nature.

Described as a decentralized international activist and hacktivist collective and movement, Anonymous is known to have performed several cyberattacks against corrupt governments and institutions across the world. The group had recently announced a cyber war against Russia in light of its decision to invade Ukraine.

The post Hacktivist Group Promises to Prove Do Kwon’s US$80M Withdrawal from Terra appeared first on .