On Monday US futures on the , , , and as well as global markets rallied as easing coronavirus restrictions in China reinvigorated markets. A recovery in China could help dent global inflation which reduces the likelihood of a global recession.

US Treasury yields continue to slide as investors think the Fed may not have to raise rates as high as was previously thought.

However, the news that Russia has on its foreign currency sovereign debt for the first time in a century due to the increasing sanctions against the country could dampen the positive sentiment.

All four US futures were in the green, with the tech-heavy NASDAQ 100 in the lead and the small-cap Russell 2000 lagging.

In Europe, the Index climbed for the second day and was trading at session highs as of the time of writing. The pan-European index extended Friday’s jump, mirroring Wall Street’s rebound. Mining Stocks outperformed, gaining 3%, followed by the Oil & Gas sector rallying 1.5% on hopes that China’s economic rebound would boost demand for commodities from the world’s largest importer.

The same reasoning boosted the commodity-heavy along with the as well as shares in luxury Swiss retailer Richemont (SIX:).

Stocks also advanced in Asia on the improving sentiment after Friday’s Wall Street advance. The easing oil price calmed concerns of continued rising inflation and the resultant likely interest rate hikes which could push the economy into recession. In Hong Kong, the jumped 2.35%, led by Chinese tech stocks, after Beijing recently signaled an easing of its tech crackdown to boost the economy.

US markets rebounded last week, with the gaining 4% and the surging 8.8%. However, the market is on track for its worst yearly first half since 1970, and traders are still on whether the rebound is a reversal or just a bear market rally.

Treasuries extended a sell-off, propping yields to 3.18%. Yields have fallen back from a high of 3.5% in the middle of the month as bonds failed to provide a haven for investors ahead of growing recession concerns. Will yields return to those levels as income becomes more appealing to investors?

It is unclear but at the moment, yields are struggling against the May highs.

The fell for the second day. 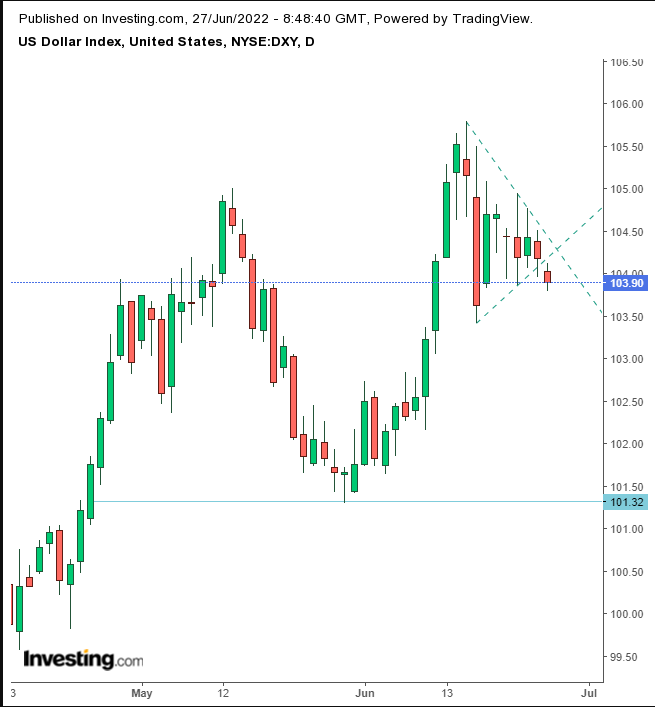 The greenback slid to its lowest level since June 16 and it may be blowing out what would have been a bullish pennant. The next test is the May 30 low.

rose for the second day in a mirror image of the weakening dollar. 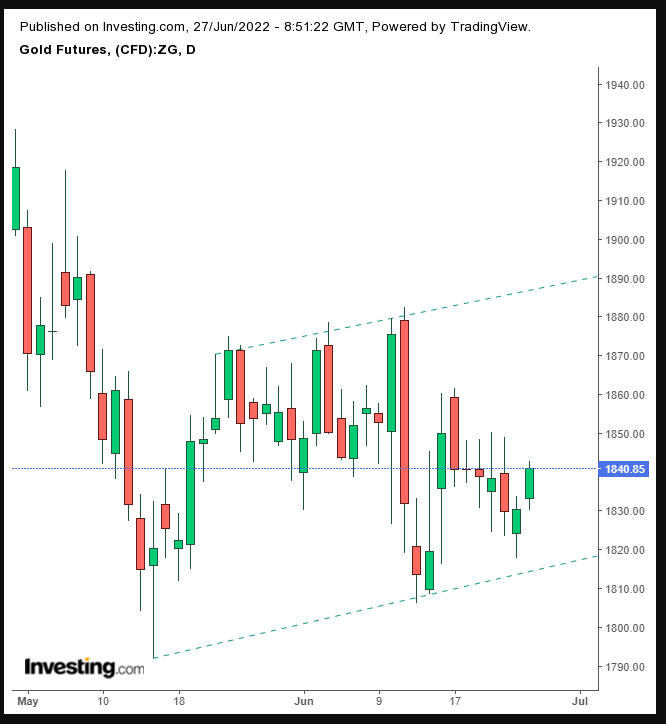 The yellow metal rebounded off the rising channel bottom toward the top, which could be around $1,900 by the time the price arrived.

rose for the fourth day out of five. 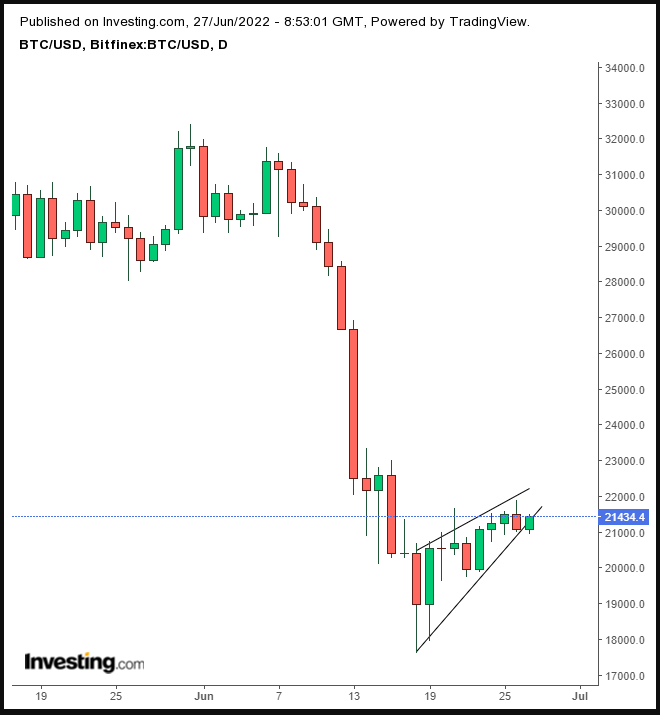 The cryptocurrency may be forming a bearish flag.

was flat as its recent however, the price is maintaining the gains of the last two sessions. 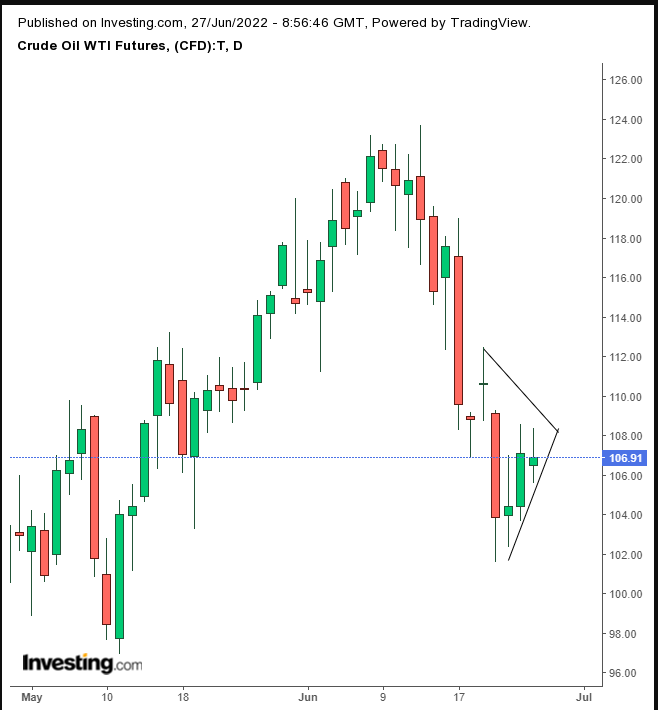 Crude might be developing a bearish pennant, complete with a downside breakout.